As though it’s not bad enough to have one of the worst maternity leave policies in the industrialized world, it can get worse. 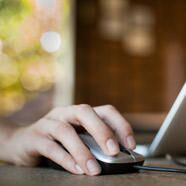 “The United States is the only developed country in the world without paid maternity leave:” It’s true — that’s a direct quote from President Obama’s op-ed as part of the White House Summit on Working Families in June 2014, and he should know. So is it really bad?

To put it in perspective, moms in Canada who qualify get 15 weeks of leave, plus 35 weeks to be divided between both parents (that’s almost a year total!), with pay of about 55 percent of their salary. In the UK, there’s 90 percent pay for the first six weeks and then a fixed rate for the next 33 weeks (about nine months total). Seems a lot better than 12 weeks (or less) unpaid, huh?

The problem with our plan

In the US, we have the Family and Medical Leave Act (FMLA). It gives parents 12 workweeks of unpaid leave in a 12-month period for a birth of a child or adoption. During those 12 weeks, the employee’s job is protected — her company isn’t able to fire her or put her into a different type of position.

One of the issues with FMLA is that not every company or every employee is covered. It doesn’t apply to companies with under 50 employees. And if you haven’t worked for the company for at least 12 months or haven’t put in at least 1,250 hours of work during the last 12 months, you don’t qualify. Chances are pretty high you fall into one of these categories — 55.9 percent of Americans aren’t covered by FMLA. Then, federal law doesn’t mandate you be given leave.

Another issue is that it can be difficult for new parents who do qualify to get any more than the minimum — we’re talking time or payment. Since companies are so concerned with complying with the law, they might not write their own leave policies, says Victoria Gordon, associate professor at Western Kentucky and author of Maternity Leave: Policy and Practice.

Company rules that are in place can vary so much from situation to situation. We’ve heard about companies that offer five months of paid leave and ones that offer nothing. “I really think it boils down to one word. Inconsistency,” says Gordon, who studied pregnant and new moms’ work situations for her book. “Across the board, there were no two women that had the same experience. Even experiences with the same organization weren’t the same.”

Some states have maternity leave policies on the books. They vary — a handful of states offer similar protection to FMLA, but in some cases there’s more time off. California, Rhode Island and New Jersey are the only ones that offer paid leave. Where there are no state laws, only FMLA applies.

So without consistent rules, and a ton of loopholes, it may be easy for some new moms to have a fair amount of leave.

Check to see if you have short-term disability insurance. If you do, it may pay for part of your time off. Don’t? Sorry but you’d have had to apply for it before you get pregnant, so you can’t get it now.

No one handed you a handbook on your first day? That doesn’t mean one doesn’t exist. Go to your human resources department and ask any other maternity leave information the company might have in writing. “Often there are provisions put into the handbook that can be used for maternity leave,” says Cynthia Thomas Calvert, Senior Advisor of Family Responsibilities Discrimination for The Center for WorkLife Law. If you’re asking for anything else that isn’t on the books, ask your company to write a letter that outlines the details and have everyone involved sign it.

Check with your state’s department of labor to see what leave it offers and make sure your company is complying with them. If not, bring it up to HR — legal action could be taken against them, so they should want to fix any issues.

If your employer is complying, but the maternity leave isn’t what you’re looking for, don’t just accept it. Depending on your organization’s structure, you might want to go to your boss directly. “Some women are hesitant to ask,” says Gordon. “Approach it as a negotiation. Go in and remind your boss of all good things you’ve done for company. Don’t feel like you’re asking for special treatment.” Many times your supervisor can work with you.

The 10 Hardest Things About Maternity Leave

The Affordable Care Act and Your Pregnancy: What You Need to Know
Article saved.Go to My Saved Articles
Article removed.