“They’re doing the work women have done for decades,” the photographer says.
save article

American dads who manage to get paternity leave often find that it’s outrageously short, spanning a mere week or two. So what would an extended parental leave look like? In a new photo series, photographer Johan Bävman captured the daily life of Swedish fathers who chose to take at least six months off to be with their babies.

When Bävman was on parental leave with his oldest son, he was, like every new parent, afraid of making mistakes and not living up to his own ideas of what a good parent should be. So he did what a lot of moms do and looked to Instagram for role models. What he found was “glamorous pictures of dads on playgrounds,” he told the Washington Post. What he didn’t find was the reality of parenting—the failures, frustrations, exhaustion and wry humor—that’s common in photos of and captions by moms but almost nonexistent when it came to dads.

To change that, he started taking selfies with his young son, then expanded the idea and started following the lives of other Swedish men looking after their children. He documented 45 men not only tackling parenting chores traditionally done by women—from cleaning and grocery shopping to bathing their kids, brushing their teeth, feeding them meals and toilet training—but also enjoying raw, emotionally vulnerable moments with their children. 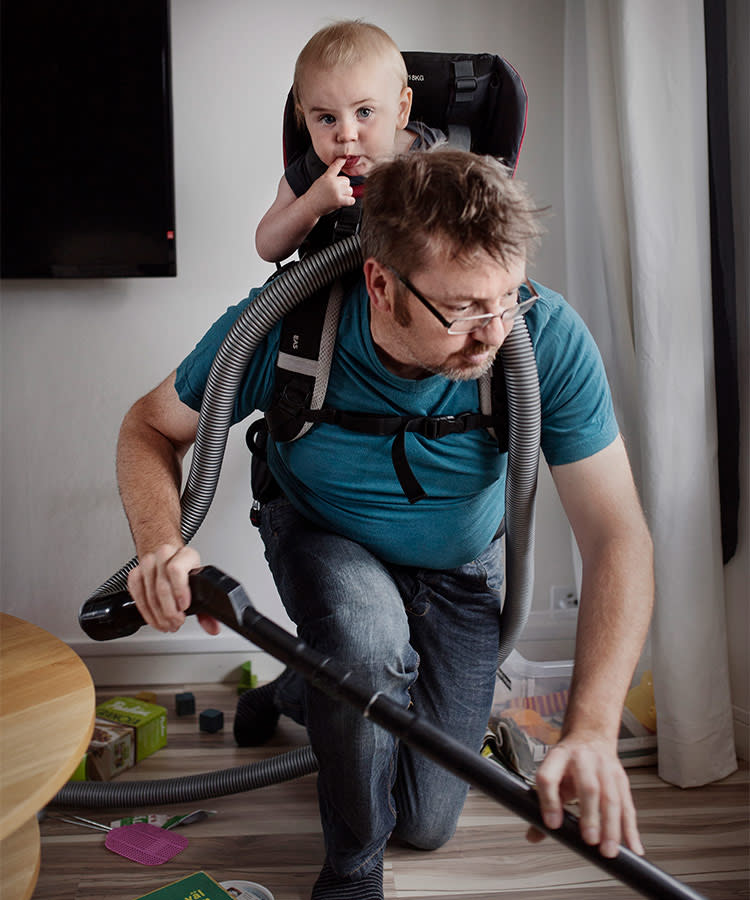 The portraits, which are currently on display at the Swedish Embassy in DC in an exhibit called “Swedish Dads,” share a powerful message about gender equality and division of labor at home.

“I wouldn’t be here if there were women in the pictures,” Bävman told the Washington Post. “These dads aren’t super dads. This is just a discussion about why we see these men as special, not because they are special. They’re doing the work women have done for decades.” 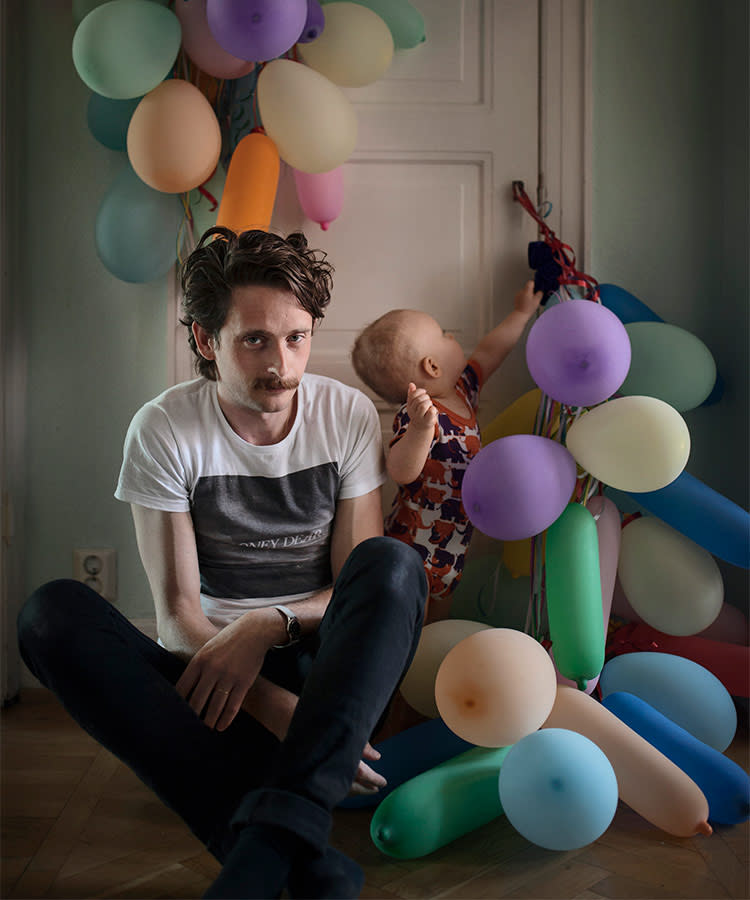 Every dad in the photos took advantage of Sweden’s paid parental leave policy and stayed home with their kids for at least six months. Sweden was the first country to introduce leave for parents, regardless of gender, back in 1974, and has one of the most generous paid family leave policies in the world. The United States, woefully behind, is the only industrialized country that doesn’t guarantee paid parental leave.

But even in Sweden, not all men take the paternity leave they’re entitled to.

“The main reason is masculinity, the way men see themselves, and the way society sees men,” Bävman said. “That’s the biggest issue we have to change. That men believe in themselves in the caregiving role, that it can also be masculine.”

Head to Bävman’s website to see more stunning photos in the series and buy a copy of his book.