You should be able to take time to recover and bond with baby, without worrying about your job or money.

“I don’t understand the debate over paid maternity leave,” a mom friend remarked to me recently. “What’s the controversy?” It’s understandable why she’s confused. Born and raised in France, she enjoyed 16 weeks of paid leave after the births of both her children. That’s an unimaginable luxury to most parents in the US.

Our country is one of only two in the world that doesn’t have a federal policy guaranteeing paid parental leave after giving birth or adopting a child. The other is Papua New Guinea, where 80 percent of the population lives in rural villages. How can one of the wealthiest, most advanced nations neglect families at such a vulnerable life stage?

The staggering reality is that only 16 percent of private-sector workers (meaning non-government employees) get some sort of paid leave. While the Family and Medical Leave Act (FMLA) provides job protection for some (it requires employers with over 50 employees to offer 12 weeks of unpaid leave), it doesn’t address the very real financial needs of new parents.

When I had my first child, I worked for a large company that offered three months of paid leave. My son—a preemie—had to stay in the NICU for a month, and having that financial security certainly lifted some of the pressure off my fraught entry into motherhood. Still, I wonder: What would I have done during the scariest time of my life if I had to worry about the health of my baby and a paycheck? I was lucky. So many women I know are not. They bank vacation time, dip into their savings or borrow money to take even just a few weeks “off” to care for their babies. All the while, they pray they won’t need to extend their time at home—because that would mean no income, which means no money to pay for food, keep up with their rent or mortgage and cover any other bills and expenses that continue to accumulate.

This is undoubtedly the reason why so many women return to work shortly after giving birth. Research by PL+US, a non-profit devoted to advocating for paid leave, found that one in four new moms takes just two weeks of leave after childbirth. One woman I spoke with said her co-workers were amazed by the fact that she was back on the job so soon after having a baby. Some colleagues even commended her dedication to the company. “Yeah right,” she said, rolling her eyes at the memory. “I was dedicated. Dedicated to getting a paycheck.” She needed the money to care for her growing family, plain and simple.

Most of us are at the mercy of our employers, praying they’re benevolent enough to see the value in allowing us to care for our babies. New parents deserve and need much more than that. It’s shameful. If being a parent is one of the most important roles one can have, then why isn’t there more support offered?

It’s not just about bonding with baby, though that is critically important. Pregnancy and birth are hard on the body. During the delivery of my second child, I started hemorrhaging; I ended up needing surgery to stop the bleeding. It was unexpected, of course, but it made my recuperation that much harder. While most pregnancies are healthy, some research has shown that rates of pregnancy and childbirth complications are on the rise. Women need time to heal. What’s more, paid leave also helps keep women in the workforce.

The fight for paid leave isn’t just about moms, though. Dads need time to help while their partners recover physically, to offer support if their partner is facing postpartum depression (or to recuperate if they’re experiencing postpartum depression themselves) and to get to know their baby. And the benefits don’t end there. Having job and income protection ensures the well-being of an entire family.

Despite all of this, there is still so much political opposition to a federal paid parental-leave mandate. In Britain, working moms can take up to a year of leave; in Estonia, they can have 82 weeks. Meanwhile, in the US, we are on the edge of our seats hoping for some amount of time—any amount of time— to help make the transition into parenthood a little less stressful. How can something that nearly every other part of the world provides be such a hot-button issue here? Taking care of a newborn (and yourself) shouldn’t be up for debate. It should be your right.

About the author: Ericka Sóuter is a journalist and author of How to Have a Kid and a Life: A Survival Guide.

How to Prepare Your Finances for Baby’s Arrival 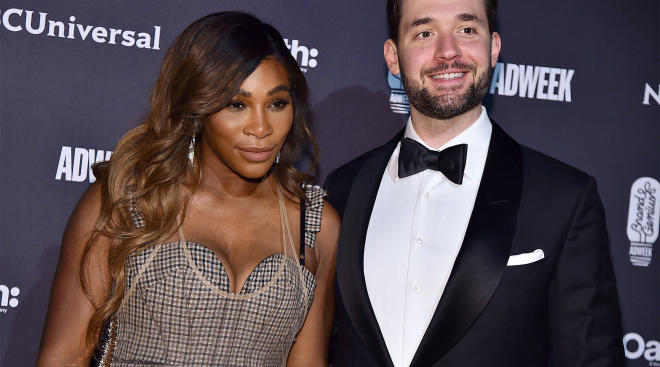