'Why I Formula-Feed My Baby'

We've heard it all before: babies who are breastfed are less likely to have allergies, illnesses and an even lower risk of childhood cancer. But that doesn't mean breastfeeding is for everybody. From personal to medical reasons, these moms shared why they chose to formula feed their babies — and why they're happy they did. 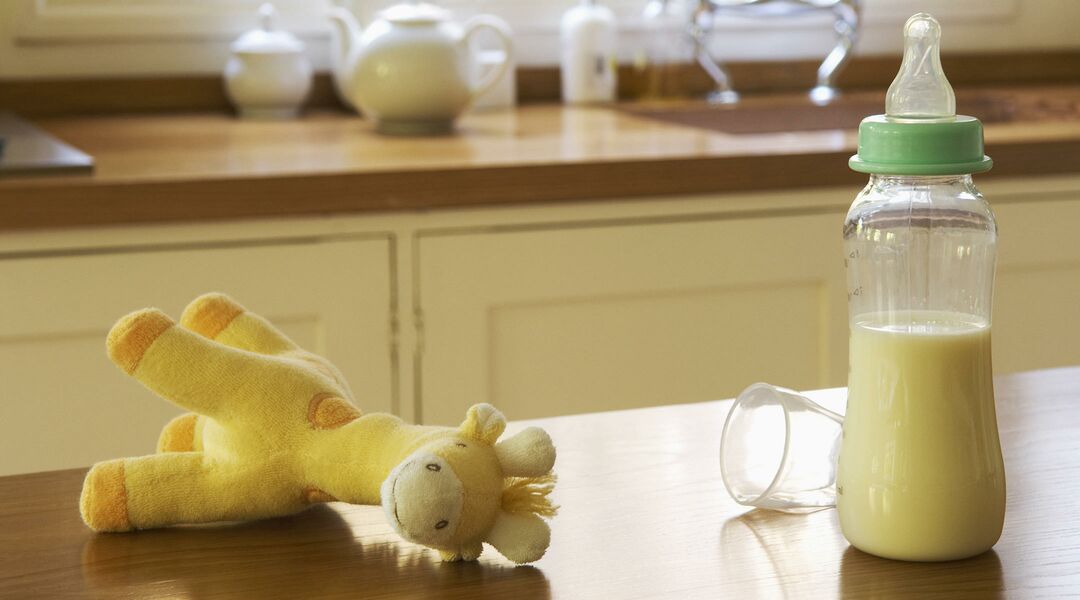 Deciding to formula-feed before birth

“Our baby isn’t here yet, but I will be formula feeding. It is both a personal choice for me and something I discussed with my husband. I’ve never felt the desire to breastfeed, and I’d even felt a sense of dread whenever I thought about it. Besides, our greatest concern is that the baby is fed and cared for, not where the meal comes from.” — Sarah B.

“I like the fact that my partner will be able to feed baby as well — and really feel like he’s part of the process. I want him to have that connection with baby, so we decided before birth that baby would be formula-fed.” — Rachel Z.

“I discussed formula-feeding with my doctor, and given my history of depression, she thinks this will actually be better for baby and me. Baby will be well cared for; I will feel less ‘trapped’; and my partner can be more involved. For me, postpartum depression will be less of a concern. I believe each person needs to do what is best for their health and their family.” — Claire R.

“I was formula fed, and I am comfortable making that choice for my children as well. I would never judge a woman for the way she chooses to feed her child, and I wouldn’t ever want to know that women were judging me for a personal choice.” — Lara H.

Deciding to formula-feed after birth

“I really wanted to breastfeed, but I have some physical reasons why it didn’t work. I do think someone less sensitive could have made it work, so that gives me a little guilt pangs. I gave it the best shot I could handle — and I know that I’m doing what’s best for my baby. When it comes down to it, that’s all that really matters.” — Beth B.

“Baby was born and unfortunately, I wasn’t producing milk, so I wasn’t able to breastfeed.” — Dylane T.

“My son was born at 36 weeks and only weighed 5 pounds, so getting him to eat was a struggle. We switched to formula almost immediately because he took to a bottle much better.” — Lynn K.

“My son latched right away and did great nursing, but I hated it. I hated how long it took and how often it was and really, just didn’t enjoy nursing overall. I was much happier when I switched and actually felt like I could better bond with my baby. I didn’t have to dread feeding him anymore.” — Louisa V.

“When our baby arrived, he breastfed. But at the time he had torticollis and I didn’t know it, so breastfeeding positioning was very frustrating for him and me. Because it was harder for us, I began supplementing and pumping. Frankly, when I saw how full and satisfied baby was with the formula, I wanted to keep formula-feeding him. I slowly lost interest in pumping and eventually, he became formula-fed only.” — Kali C.

“I wanted to exclusively breastfeed, and the first few weeks went well. I thought that baby was gaining the appropriate amount of weight. But at his one month check-up, he was below his birth weight, so I chose to supplement.” — Zoe D.

“I was pumping about five times a day and only getting two ounces. I knew then that it was time to stop.” — Lane W.

“I breastfed for two months and really just wasn’t cut out for it. It was mentally and physically draining for me. My baby was constantly hungry and would projectile vomit. I struggled with guilt at first, but now we are both much happier, and I’m glad I made the choice I did.” — Joan R.