Here’s what happens when you have a short-lived love story with your baby’s name.
Save article
ByStephanie Grassullo
Associate Editor
PublishedApr 2019 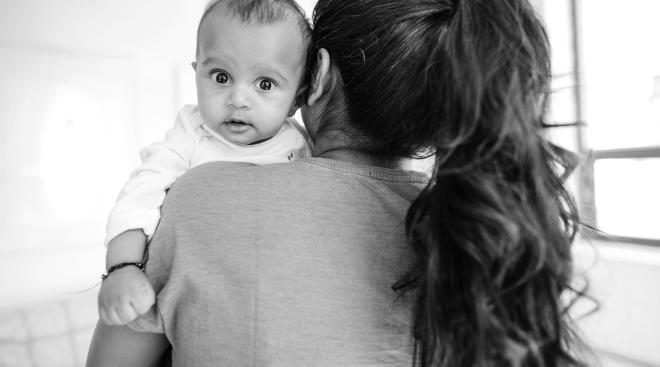 After months of research and brainstorming, one in seven parents still think they’ve made a “terrible mistake” with their baby’s name, a survey reveals.

Choosing a moniker for your baby is one of the most fun things to do while you anticipate your little one’s arrival. There are so many different areas to draw inspiration from, that the options are endless. But even after all that work, it may still end in disappointment.

The study conducted by Channel Mum consisted of 2,000 parents, where one in five admitted they eventually didn’t like the baby name they chose for their child. The main reason for the change of heart? Mostly because others went with the same name too.

Although parents strive to think up unique namesakes, the best laid plans often go awry. One in three people tried to choose a name they thought was original, but were disappointed when they discovered other people chose the same one. And forget imation being the best form of flattery—about one in 10 parents were unhappy after a celebrity chose the same name for their child. Plus, celebrtiy names used to be a go-to when it came to baby name inspiration, but nowadays, parents prefer avoiding monikers of famous people. Rihanna, Donald, Kourtney, Cheryl, Miley, Kylie and Zayn are just a handful of celebrity names that moms and dads have been steering clear of, according to the survey.

Ever resourceful, parents have come up with a couple of workarounds for their dilemma. Twenty percent call their kid something entirely different than what they named them, and 14 percent go through the process of legally changing their child’s name.

Afraid you’ll end up loathing your little love’s baby name? Check out these five important points to consider before making it official.