Even Carrie Underwood Locked Her Baby in The Car 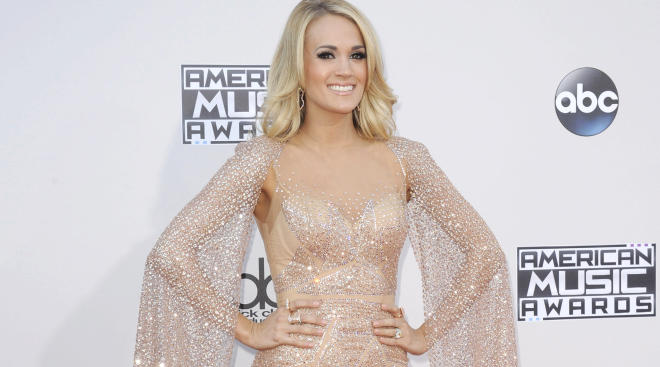 Carrie Underwood was definitely blown away by her dogs’ antics on Saturday. The singer tweeted that Ace and Penny inadvertently locked themselves, and her baby, in the car.

And to think those two were responsible for Underwood’s pregnancy announcement! It was uncle to the rescue for baby Isaiah, 5 months. Underwood kept fans updated on the saga, tweeting that her brother-in-law broke a car window to unlock the vehicle.

So what do you do if you find yourself in this situation and you don’t have a brother-in-law (or more realistically, a spare set of keys) on hand? The first step is calling 911, as Bumpies will attest. If it’s summertime, you’ll want to cover the windows to slow down the heating of the car while you wait for police officers to arrive. And if you do resort to breaking a window, make sure you choose the furthest one from baby.

While Underwood was supposedly the victim of some canine mischief, more parents actually forget baby in the car than you’d think. And since internal car temperatures can rise 20 degrees every 10 to 20 minutes, that absentmindedness can lead to devastating fatalities. Kars4Kids reports that over 600 babies have passed away due to the heatstroke associated with being left in cars since 1998.

Could a different car seat configuration be a solution to the problem? Last week, Volvo unveiled a design that accommodates baby’s car seat in the front passenger seat. While the plans have stirred controversy, it would certainly be harder to inadvertently leave baby behind when he’s riding shotgun.