“I gotta play all day cause the daycare closed. I’m gonna cry till I can’t no more.”
Save article
ByNehal Aggarwal
Associate Editor
PublishedApr 2020 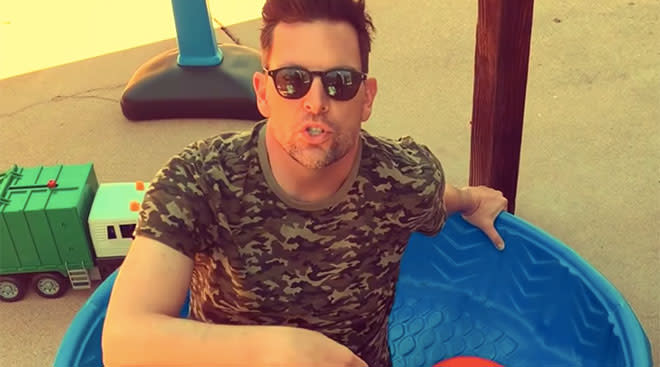 If lockdown has left you wondering when schools will reopen and with a newfound appreciation for teachers and childcare providers, you’re not alone. Musician Chris Mann understands the struggle and created a parody of Lil Nas X’s “Old Town Road” to talk about. Now, the highly relatable video is going viral.

Mann, 37, talks about dealing with like in quarantine without childcare through the entirety of the parody, which is titled “Daycare Closed.” The video starts with his 2-year-old son, Hugo, waking him up and a short while later announcing he’s hungry and wants a snack. “Is it bedtime yet?” Mann asks, later singing in the hook, “I gotta play all day cause the daycare closed. I’m gonna cry till I can’t no more.”

At other points in the video Mann, who was a finalist for season two of “The Voice,” shows Mann hiding in the bathroom and eating ice cream, wondering how early is too early to start drinking and rejoicing over the fact that his son’s timeout will allow him to watch a few rare minutes of uninterrupted TV. Other lyrics include, “iPad, ice cream, throw a tantrum and scream,” and “Jesus take the wheel, get the teachers back!”

The hilariously relatable video has struck a chord with parents who can relate. The video, which Mann posted to his Facebook page, has gone viral with over 78,000 shares and 8,100 comments.

“I felt this one deep in my soul,” one person commented on the post, while another wrote, “Definitely RELATE!! Thank you for the continued laughs. I just came limping in from outside after my boy tossed a broken branch which of course landed on me! Was in a bad mood until I saw this! All us parents of little ones are in this together!”

Mann first started gaining traction on the internet about a month ago after releasing a quarantine-themed parody of Adele’s “Hello.”