Your chance to finally learn all the lyrics to "Let It Go."
ByNehal Aggarwal
Associate Editor
PublishedApr 2020 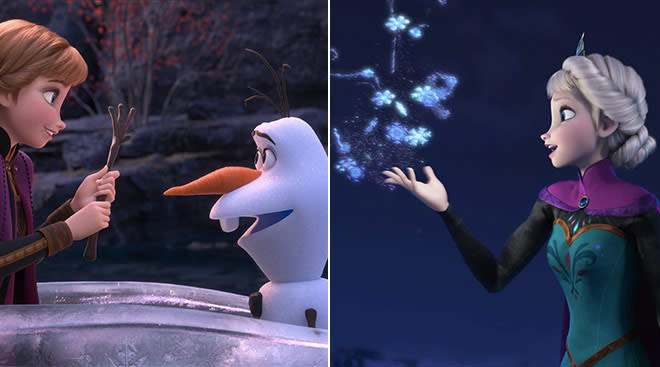 When it comes to entertaining young kids for hours at a time, it doesn’t get much better than Disney. Now, with families staying home, many have turned to the company’s streaming service, Disney Plus, for entertainment, especially with the release of new movies like Onward and Frozen 2. This week, Disney is hosting a family singalong packed with celebrities (who will join from home).

The hour-long special will air on ABC on Thursday, April 16 at 8 pm EST and be hosted by the one and only Ryan Seacrest. It will feature songs from classic Disney movies, including Beauty and the Beast, Moana, The Little Mermaid, Frozen and more, as well as celebrity performances from Josh Gad (Olaf from Frozen), Auli’i Cravalho (a.k.a. Moana), Christina Aguilera, John Stamos, Michael Bublé, Julianne Hough, Thomas Rhett and many more. To help guide you through the songs (just in case you don’t already know every word), an animated character will provide on-screen lyrics for families.

“If there’s something that we’ve all learned in the past few weeks, it’s to cherish every moment and the importance of connection, whether through laughter, stories, or music,” ABC Entertainment President Karey Burke states in a press release. “We hope that we can help create some new unforgettable moments in the only way that Disney can.”

Along with providing families with some entertainment, the singalong will also benefit Feeding America, an organization that is working to feed people who, due to the pandemic, are affected by hunger and finding themselves in unfamiliar situations. To learn more about the organization and information on local food banks, check out their website.