“The name is really loaded, to the point it could be detrimental to the baby…”
ByStephanie Grassullo
Associate Editor
PublishedMay 2019 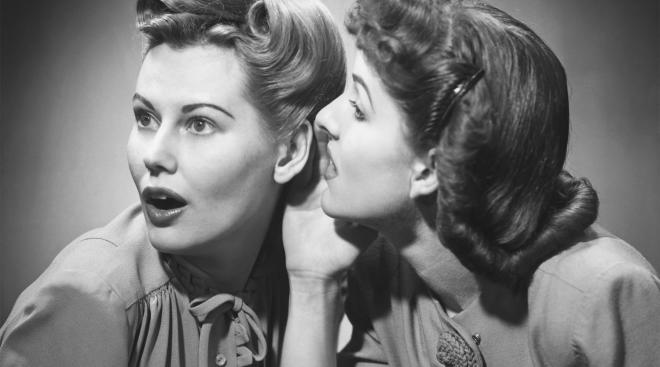 What’s in a name? A whole lot, especially according to one group of friends. A Reddit user recently took to the platform to get opinions on her cousin Stephanie’s baby name choice: Karen. The user finds fault with the classic name because it’s at the center of “certain memes and jokes in Internet culture,” and tried to talk to Stephanie about reconsidering. The user says the mom-to-be, who she claims is out of the loop on Internet lingo, didn’t take it too well. The user, who goes by the account LightningStr, reached out to others to ask the loaded question on Reddit: Am I the a*shole (AITA)?

“AITA for raining on my cousin’s parade regarding the name she picked out for her baby,” she asks. When Stephanie shared the news to close friends that she was going to name her daughter Karen, her decision was met with positive reactions…Until she left the room, and everyone questioned her decision. The Reddit user felt super-uncomfortable by everyone’s fake reactions, and wanted to talk to her cousin and be upfront. “The name is really loaded, to the point it could be detrimental to the baby, and Stephanie had no idea of the connotations to make an informed decision,” the user says. She decided to cut straight to the point, and explain to her cousin why “Karen has some negative connotations and has become sort of an Internet joke to describe a specific kind of entitled middle aged woman.”

Stephanie didn’t take it well, and was extremely upset that her cousin would even bring it up to begin with. “I felt like it signaled that she didn’t really understand what I was trying to tell her, so after agonizing for a second…I googled ‘Karen know your meme’ on my phone and tried to show her the screen of results…”

Stephanie had enough at this point, and stormed out of the room. Which begs the question from the user: “I keep going back and forth on whether I was the a*shole here by bringing it up in the first place.” Reddit users didn’t hold back, and were quick to let her know she did more harm than good.

“You really think it’s going to matter when this kid’s older? It’s a meme,” reads one comment.

“Internet memes are isolated to a certain subculture of people—I seriously doubt eight out of 10 people would go to that meme upon hearing the name Karen,” says another.

“I am aware of the Karen meme but come on, it’s a totally normal name,” a note reads. “I can’t believe so many of you would take a meme so seriously.”

After receiving an overwhelming amount of responses, the verdict was in: The Reddit user was in the wrong. “I have been properly schooled, and I accept my judgement that I was the a*shole here,” the updated comment reads. “I admit I’m a bit frustrated that Stephanie still doesn’t understand what I was trying to tell her…but I have messaged her a sincere apology that she accepted, and I will never speak of this again, to Stephanie or Baby Karen.”