Goat Milk May Be Beneficial for Infants, Researchers Say

The new findings suggest goat milk has some of the same ingredients as breast milk.
save article

Goat milk formula may benefit infants’ gut health, some researchers say. The recent study by RMIT University in Australia was published in the British Journal of Nutrition, and analyzed two types of goat milk formula: Oli6 Stage 1 for babies 0 to 6 months and Oli6 Stage 2 for babies 6 to 12 months.

Researchers looked at the naturally occurring oligosaccharides, a type of prebiotic that can boost the growth of beneficial bacteria and protect against harmful bacteria in the gut, in the goat milk formulas. They found 14 naturally-occurring prebiotic oligosaccharides. Five of these are also found in human breast milk.

“Our results show goat milk formula may have strong prebiotic and anti-infection properties, that could protect infants against gastrointestinal infections,” says Professor Harsharn Gill, lead researcher for the study. “The study indicates the prebiotic oligosaccharides in goat milk formula are effective at selectively promoting the growth of healthy bacteria in the gut.”

Human milk contains an abundant supply of oligosaccharides that offer significant health benefits to babies, including maintaining a healthy gut microflora, immune development and protection against gastrointestinal infections. When breastfeeding is not an option, infant formulas are used as an alternative, but we have limited information available about the oligosaccharides they may contain or their likely health benefits. Although cow milk formula is used as an alternative to breastfeeding, researchers argue that goat milk is closer to human milk. Gill says further research, including clinical trials, needs to be done before confirming their observations.

“Infants should be fed breast milk or iron-fortified infant formula, even in infant cereal,” the AAP says in its Bright Futures: Nutrition Tools report. “If infants are weaned from breast milk before age 12 months, they should be fed iron-fortified infant formula rather than cow’s milk. Cow’s milk, goat’s milk and soy milk are not recommended during the first 12 months of life.”

CharlRe’ Slaughter-Atiemo, pediatrician, FAAP, and founder of CayTer 2 You Baby elaborates on this point. “Goat milk—and goat milk formula—is not recommended for infants less than one year because it doesn’t contain enough iron, folate, vitamins B6, C and D, thiamin, niacin and pantothenic acid to meet an infant’s nutritional needs,” she tells The Bump. “There are other specialty formulas including soy formulas, hydrolyzed formulas or hypoallergenic formulas for infants with specific disorders and diseases. If you’re unable to breastfeed and don’t know which formula is right for baby, consult with your pediatrician so that they can help you find the best one to suit you and your child’s needs."

Kristin Cavallari made headlines back in 2016 for sharing she gave her children a homemade goat’s milk formula once she stopped breastfeeding each child and ran out of her own frozen milk. Cavallari and husband Jay Cutler worked with their pediatrician to develop the recipe for the formula, but whether or not it’s safe is still up for debate.

“Goat milk formula is not a pediatric recommended formula, especially in a healthy infant who is tolerating cow- or soy-based formula,” says Rachael Krause, pediatrician, FAAP. “It may be an option if a baby has a specific allergy, however, pediatrician’s usually recommend a broken down hydrolyzed formula first.”

The takeaway—always consult with your pediatrician before making any major decisions when it comes to what formulas you should be giving baby. 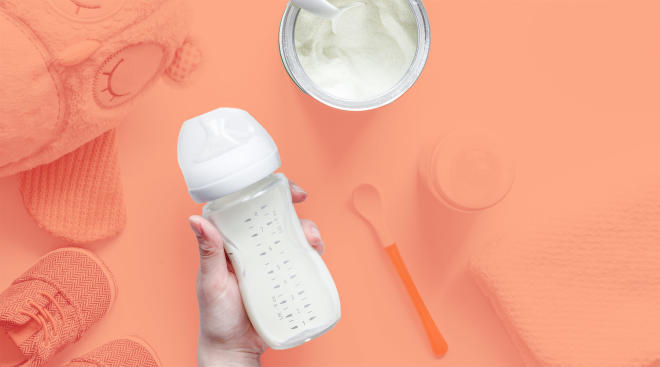 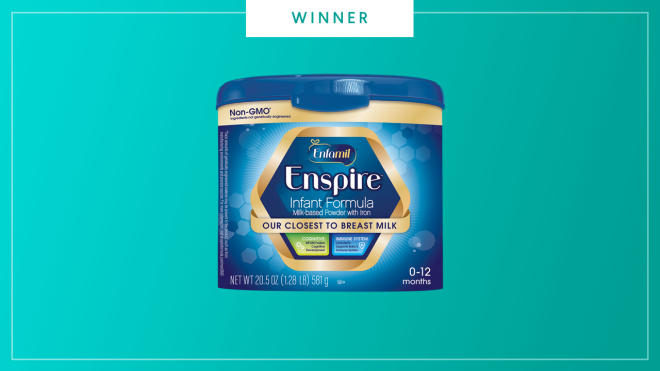