“Now is the time to share a story and to share some love.”
ByNehal Aggarwal
Associate Editor
PublishedApr 2020 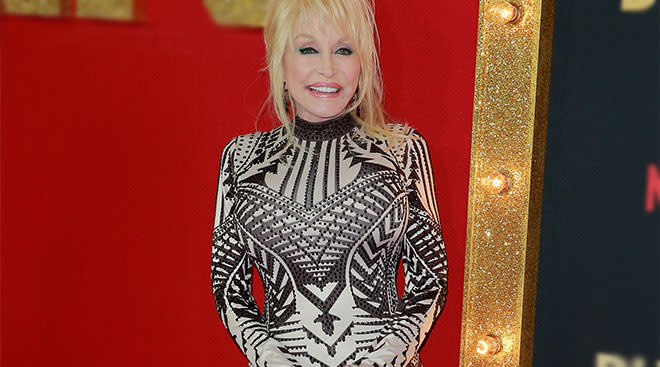 Parents everywhere are tired. Coronavirus has turned life as we know it on its head, and many parents are now not only juggling their full-time jobs, but also trying to homeschool their children at the same time. Now, to help make their lives just a little bit easier, Dolly Parton is introducing “Goodnight with Dolly,” a weekly video series in which she’ll read bedtime stories.

The series, which collaborates with Parton’s “Imagination Library,” is expected to last 10 weeks and will kick off Thursday, April 2 at 7 pm EST. In it Parton, who refers to herself “The Book Lady,” will read books that, “focus on comforting and reassuring children during the shelter-in-place mandates,” according to a press release. The books include The Little Engine That Could, Llama Llama Red Pajama and two of her own kids’ books I Am a Rainbow and Coat of Many Colors.

“This is something I have been wanting to do for quite a while, but the timing never felt quite right. I think it is pretty clear that now is the time to share a story and to share some love,” Parton also said in the press release. “It is an honor for me to share the incredible talent of these authors and illustrators. They make us smile, they make us laugh, and they make us think.”

The country music legend started Imagination Library in 1995. It’s an international book-gifting program that gives free books to kids from the time they’re born until they begin school. The goal is to help inspire them to learn and be creative. According to the program’s official website, the organization has shipped close to 134 million books to families across the globe, including in the U.S., U.K., Canada, Australia and the Republic of Ireland.

During this time, Parton has also been trying to keep up positivity through her social media. Last week, she shared an Instagram video post in which she told her followers to have faith. “I think God is in this, I really do,” she said in the message. “I think he’s trying to hold us up to the light so we can see ourselves and see each other through the eyes of love. And I hope we learn that lesson. I think that when this passes we’re going to all be better people.”

How to Balance the Emotional Labor of Parenting in a Pandemic