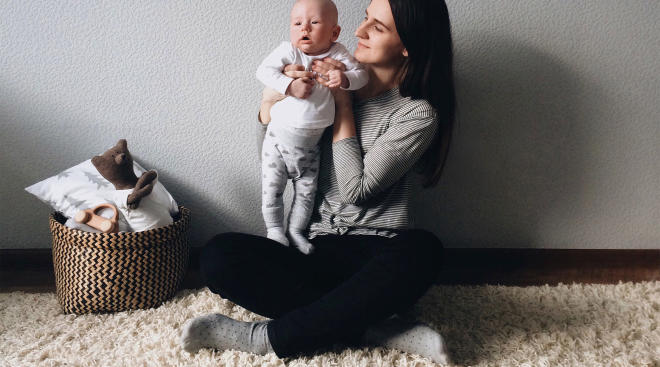 The widely popular Humans of New York account ventured far out of its metropolis to hit the streets of Rome. While there, it snapped a photo of a mom and her young son posing in a park, and chatted with the mom about what motherhood means to her. She was super-candid in her response, calling out the monotony of the role, as well as a few other not-so-glamorous jobs that come with the title.

“He’s starting to be less dependent, but so far it’s been pretty relentless and repetitive. A lot of changing diapers and feeding. The same mundane task over and over again. It can be exhausting and depersonalizing,” the mom comments.

The woman admits although some moments of parenting are wonderful, it’s not always the case. She’s happy with the arrangement she and her partner worked out—she’ll be returning to work and he’ll be staying at home with their son.

“Dad will be staying home and I’m returning to work full-time. I’m an emergency room doctor, and that’s where I think I’m most useful to the world. It’s great to be back,” she says. “If some people love parenting, that’s very lucky. There are certainly moments when it’s wonderful. But to believe motherhood is the most important job in the world, you’d have to believe your child is the most important person in the world.”

“I love this honesty and her ability to value herself and her career. People seem to be so critical of mothers who don’t ‘love’ being a stay-at-home parent. I am proud of this mom for honoring herself,” one note reads.

“My child is the single most important person to me and is the greatest joy and greatest heartbreak at times, but I get what she’s saying. I’ve found that to be the best mom, I have to find joy in myself and others,” a user writes.

“Stay-at-home mom here for 16 years and counting. Good for you for knowing yourself, your spouse and your life,” applauds a mom. “You will be a better mother and a better citizen when you use the gifts that bring you joy and meaning—all your gifts, not just the ones that fit on a Hallmark card.”

“I love the way she challenges the pedestal we tend to put our children on without even realizing,” says another.

Others, however, were quick to call out the mom, with claims she’s belittling the role of a parent.

“Motherhood is the most important job in the world, because you are raising the coming generation that will set the tone for the future of this world,” one mom says.

“You may want to call your mom, or whomever it was, and thank her for doing those mundane tasks so you can be the physician you are today,” writes another.

While people fell on both sides of the fence, one user simply points out the most important argument: “The best mother is a happy mother”