Welcome to the club.
save article 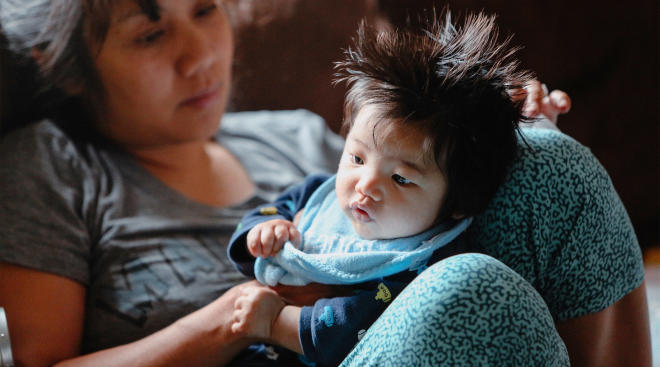 Becoming a parent means giving your all to your tiny human. But no matter how much of yourself you give, it’ll still always feel like it isn’t enough. This is parenthood.

That’s the motto of WaterWipes’ global movement aimed at encouraging more open and honest conversations about the realities of parenthood. As part of its This Is Parenthood campaign, the company surveyed more than 13,000 parents around the world to tap into the pressures parents face every day. The not-so-surprising results? More than half of parents, 55 percent, feel like they’re failing within the first year of parenthood. And moms are hit with it the most. Sixty percent of mothers feel like they’re not doing enough compared to 45 percent of dads.

In the US it’s even worse. Here, 60 percent of parents think they’re letting baby down, with millennials feeling the brunt of it. Sixty-six percent of this generation of moms and dads are overcome with feelings of incompetence. It’s a feeling that for many starts well before baby enters the world. A 2018 study revealed the majority of millennial moms-to-be actually experience symptoms of prenatal depression.

So what’s the root of the evil? For starters, when you become a parent to a little one, you’re constantly battling exhaustion, stress and anxiety as you embark on uncharted territory. Then there’s the comparison game. It’s hard enough not to think about how you measure up to other moms and dads you know, but social media opens up a whole new can of worms. Findings from the WaterWipes survey show the rise of social media has contributed to feelings of inadequacy, with 42 percent of parents feeling the pressure to be perfect 24/7. In the US, parents feel like social media’s idea of parenthood is entirely unrelatable, but try to put on a good front to keep up with the norm. In reality, however, an overwhelming 70 percent of moms and dads wish there was a more honest representation out there.

Whether the results come as a surprise or not, one thing is clear: we need to do something about it. The This Is Parenthood campaign embraces imperfection and is working to inspire self-confidence in parents everywhere. To kick start the conversation, WaterWipes released a moving mini-documentary that follows new moms and dads from all over the world to give a raw look at what the first year of parenthood is really like. It celebrates parenting, while normalizing the many ups and downs that come with it. Take a look at the video below so you know you’re not alone.

Woven within the video are real-life parents who are struggling to keep it all together. They openly discuss major life adjustments, like the transition back to work or the affect baby has on their relationship with their partner. Famous mom Vanessa Lachey is behind the movement and has partnered with the company to spread the word. “So often, we as parents feel the pressure to pretend everything is perfect, when the reality is that we might be juggling 20 things at once, and feeling insecure or overwhelmed or like we’re failing at all of them,” she shares. “Being a parent is amazing, exhilarating, joyful and magical, but it can also be extremely hard and frustrating.”