Looking down memory lane in your search for the perfect baby name? We can help.
save article 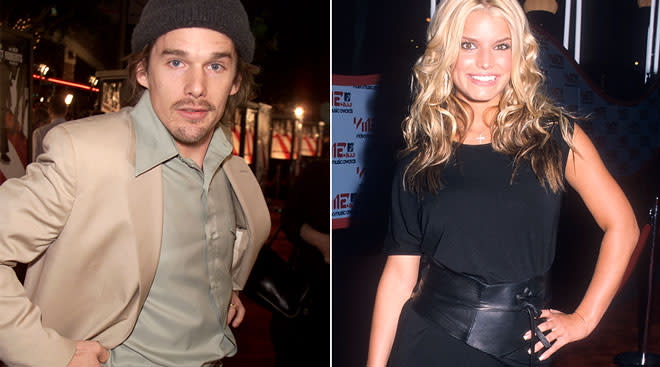 In recent months, many of us have been nostalgic and thought back to simpler times filled with summer concerts, family gatherings and backyard barbecues with friends and family. With so many people taking a trip down memory lane, when it comes to finding a name for baby, some millennial parents may be looking to the past for inspiration—including the turn of the millennium.

The Bump used data from the Social Security Administration to look at the names that were most popular at the turn of the millennium, more specifically from 1995 to 2005. Compiling all the top five names from each year of the decade, we found that the names for boys held on to their popularity slightly longer than names for girls, which shifted around a little bit more.

Many of the most popular names from the time are reminiscent of pop culture icons who rose to prominence during the mid to late 1990s, including Jessica and Ashlee Simpson, Sarah Michelle Gellar, Christopher Nolan, and Michael Cera, or celebrities who were already popular at the time, such as Nicholas Cage and Ethan Hawke.

Without further ado, below are the baby names that were most popular for boys and girls between 1995 and 2005.