Study: US Companies Must do More to Help Parents with Caregiving Roles

Companies Are Oblivious to Parents’ Struggle to Maintain a Work-Life Balance, Study Reveals

More than 80 percent of employees admit caregiving responsibilities affect their productivity.
save article 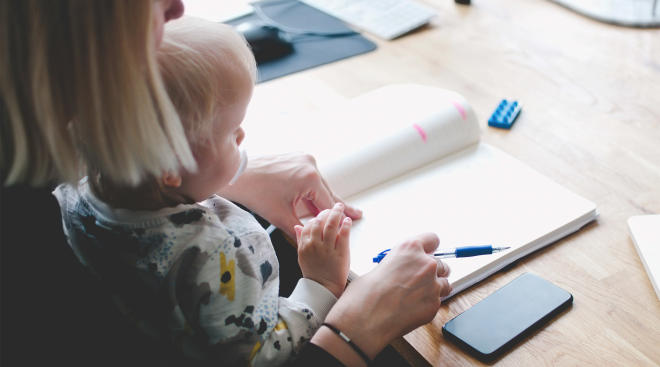 Being a parent is hard. Being a parent and juggling work and caregiving responsibilities is a whole other can of worms. Moms and dads know this, but it’s the workplace that needs a wakeup call, according to a new study.

The recent report from Harvard Business School slams companies in the US for their lack of awareness on how much parent employees struggle to, as everyone loves to say, “have it all.”

“Rising health care and professional caregiving costs and changing demographics over the past few decades have put great pressure on American employees as they try to balance work and care responsibilities,” the report reads. “Yet, many employers remain largely oblivious to the growing costs of this hidden ‘care economy’—costs that hurt employers and employees alike.”

Researchers surveyed 1,500 employees and 300 human resources leaders and business owners and found more than 80 percent of employees with caregiving responsibilities admitted it affected their productivity. And even with that overwhelming number, only 24 percent of employers believed caregiving influenced workers’ performances.

In this case, ignorance is not bliss.

Their lack of awareness not only has a negative effect on the mindset of specific employees, but it also affects the company as a whole. About 70 percent of people surveyed say they currently have caregiving responsibilities, and, of those, 80 percent admit these responsibilities hold them back from excelling in the workplace. In fact, 30 percent say they have left a job because they couldn’t handle both aspects of their life.

This report is nothing new, but seeing the numbers stack up hits home for many. While some leaders are starting to take more notice of the tug-of-war at play for parents—like this CEO who urges her employees to put their families first—there’s still a lot of work to be done.

In order to retain dedicated, skilled and happy workers, companies need to do more when it comes to offering benefits like fair parental leave, flexible hours and caregiving options.

Beth Shelton, CEO of Girl Scouts of Greater Iowa, recently made headlines when she rolled out an updated policy for new parents. The bold initiative allows moms and dads to bring their infants to work every single day for up to six months. For Shelton, retention of her employees is at the center of this decision.