“Going through childbirth and ultimately becoming a mother is an evolution, I'm not my former self anymore, so why would my body be?”
facebook
twitter
copy link
email
save
ByNehal Aggarwal
Associate Editor
Published December 17, 2019

Meagan Elemans, like many other moms, wasn’t prepared for the toll the fourth trimester would take on her. Now, the new mom and photographer is using her experiences postpartum to show other women they’re not alone. Her latest project? A photo series titled Postpartum Normalized that aims to empower women by highlighting their different, but beautiful postpartum bodies. 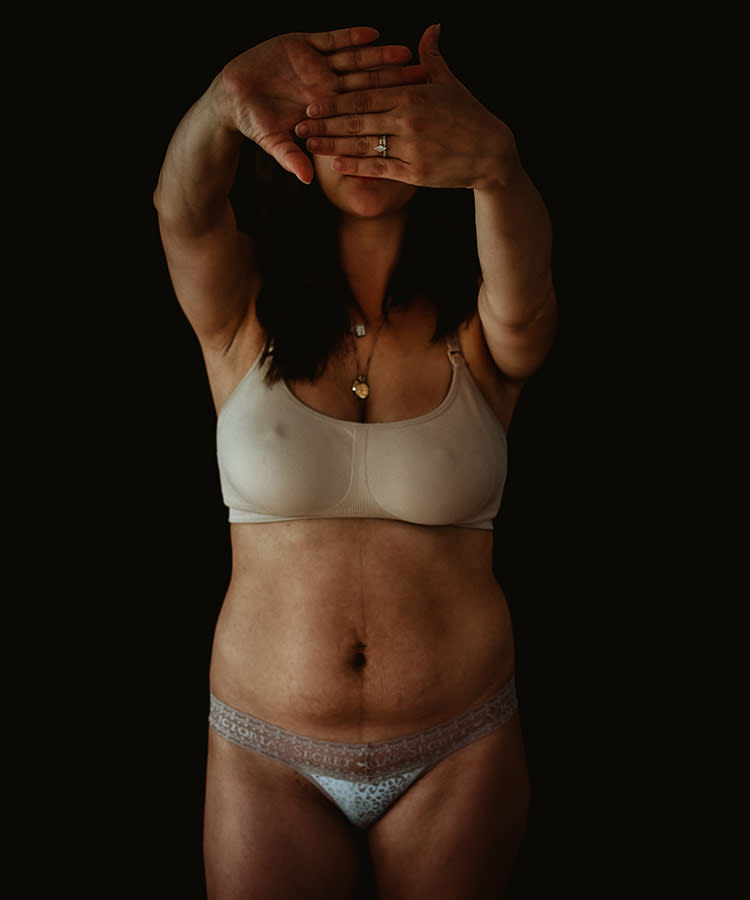 Elemans, who is based Southern Alberta, Canada, gave birth in July. “Postpartum hit me like a ton of bricks. I felt like I was overwhelmingly prepared for pregnancy—with all of the warnings about morning sickness, acne and crankiness. However, I felt woefully underprepared for postpartum,” she tells The Bump. “No one talks about it, really. The soreness, the tearing, the struggles breastfeeding, the sleeplessness, and my soft empty body.” 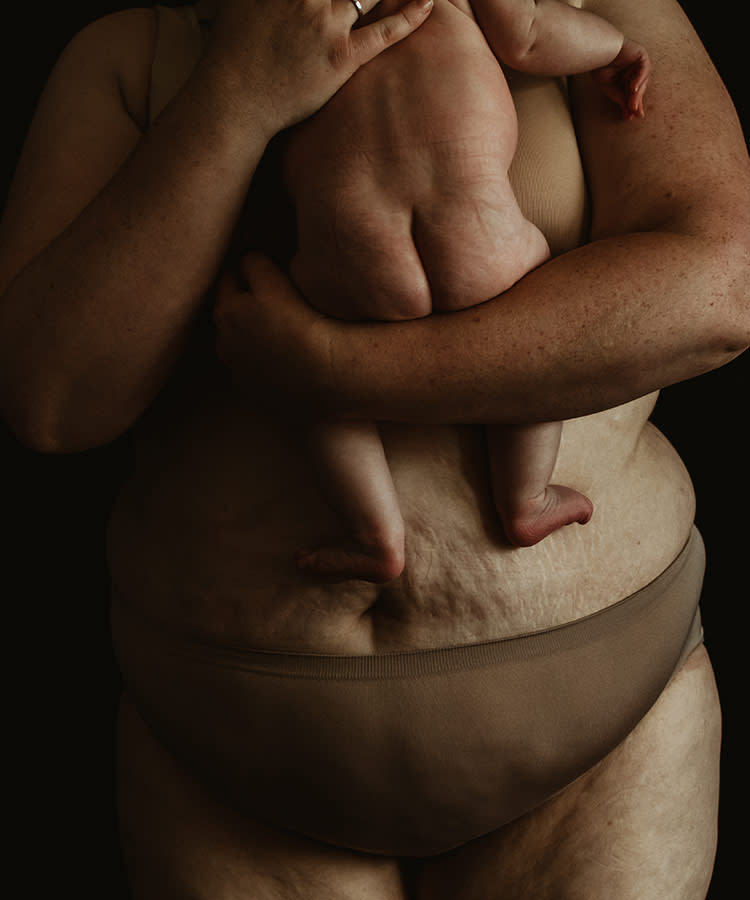 She continues, “There tends to be this narrative that women are supposed to ‘bounce back’ to their pre-pregnancy body, but I think that’s an outdated notion. Going through childbirth and ultimately becoming a mother is an evolution, I’m not my former self anymore, so why would my body be? I got comments that I was shrinking back ‘surprisingly’ quickly, and that I should try and make breastfeeding work because it’ll make the weight ‘fall off me’. I kept thinking what a ridiculous thing to put on a new mom. I’m over here crying constantly with blistered nipples and a torn vagina, but you’re worried about my weight?” 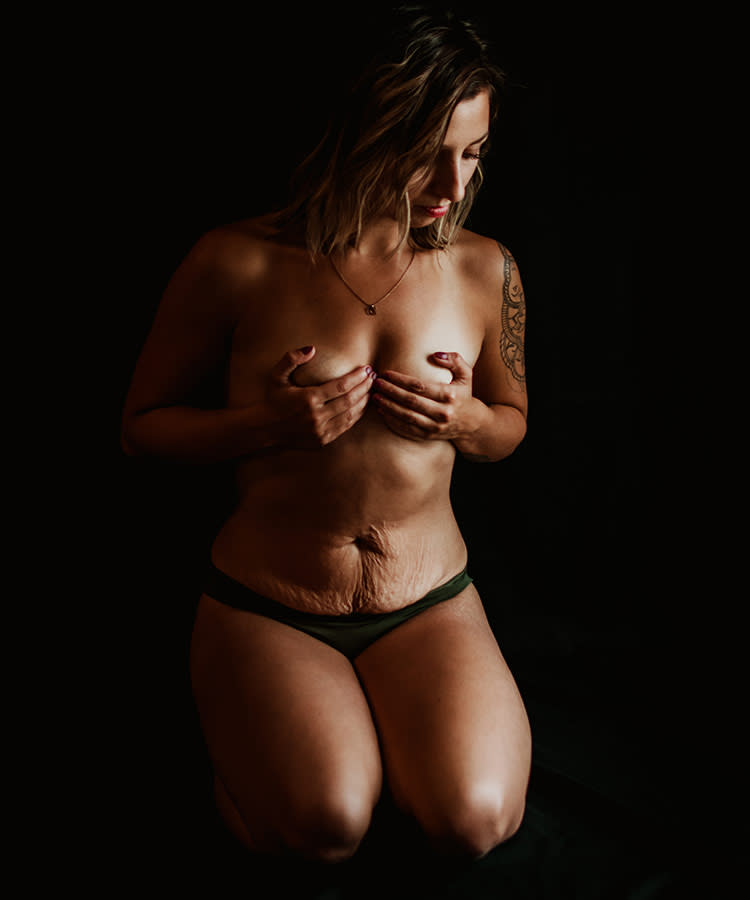 For the project, thus far, she’s photographed just under 30 women. Her aim is to show “the diversity and the beauty of the fourth trimester and beyond”—and to have as many people see her project as possible. She wants them to “see these imperfect but amazing women and understand that they too deserve to take up space, exactly as they are.” 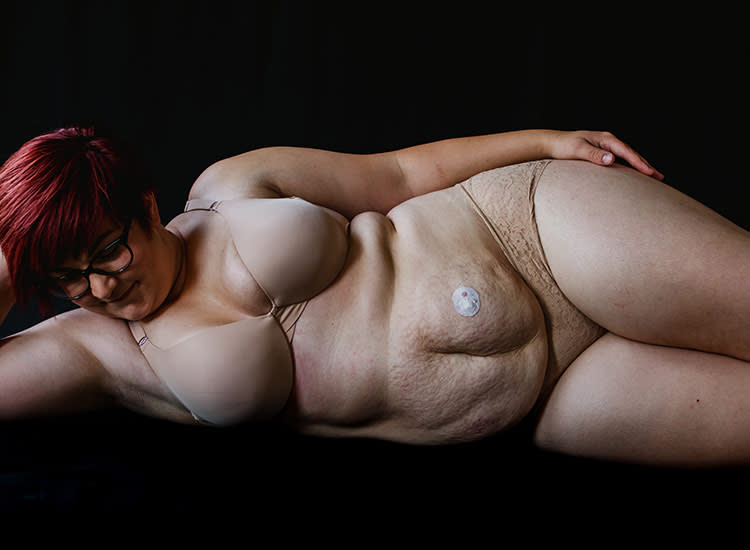 Elemans states that many of her subjects have felt lighter after being photographed. “I’ve received feedback from all my girls that they feel lighter, and more in love with themselves afterwards. That it was a scary but ultimately rewarding experience,” she tells The Bump. “I hope that by these photos being online, that other women may see them and think, ‘Hey, I look like her. I deserve to take up space too. I matter too.’”

You can see all of Elemans’ photos here, as well as on her Instagram.

A Brutally Honest Account of ‘Becoming a Mother Before I Was Ready’
Article saved.Go to My Saved Articles
Article removed.