This cop went above and beyond the call of duty to bring hope to an addicted newborn’s life.
ByJaime Buerger
PublishedDec 2017 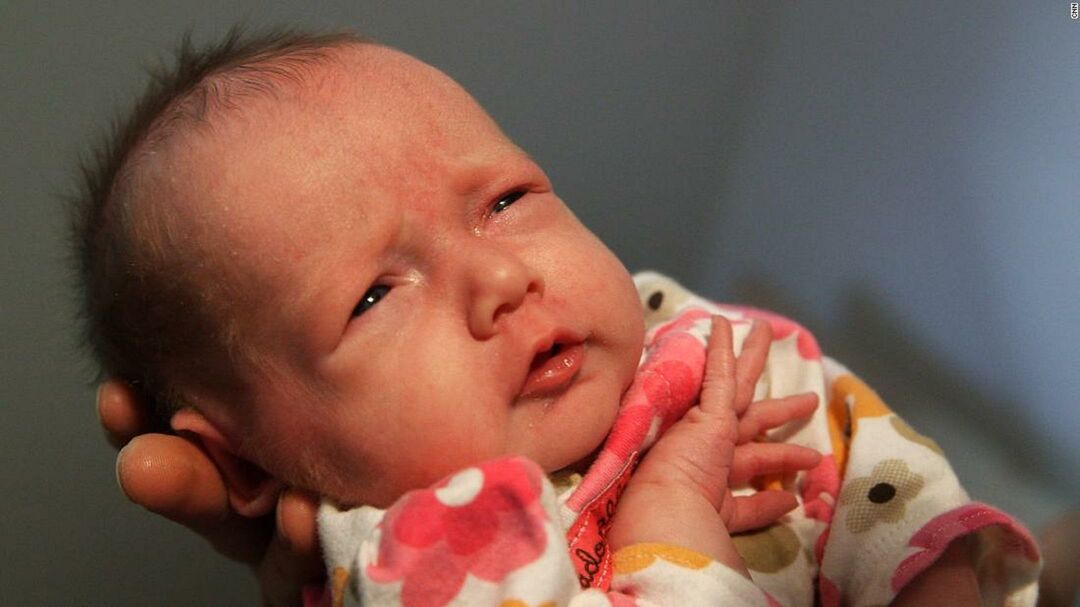 Sometimes, the most heartwarming stories come with a side of sadness. Such is the case of an Albuquerque, N.M., police officer who adopted a homeless heroin user’s baby after coming across the eight-month-pregnant addict back in September.

While responding to a routine call, officer Ryan Holets spotted a man and woman shooting up behind a convenience store. As he moved in to approach the couple, he saw that the woman was pregnant.

With his body camera on, Holets reprimanded 35-year-old Crystal Champ for the damage she was surely doing to her unborn baby. Champ, who later told CNN she has struggled with addiction since her teens, broke down. Through tears, Champ told the officer she desperately wanted someone to adopt her baby.

In that moment, said Champ, “he became a human being instead of a police officer.”

Holets, a married father of four whose youngest child was only 10 months at the time, decided then and there that he and his wife, Rebecca, were going to be new parents again. “I was led by God to take the chance,” Holets recalled. “God brought us all together. I really don’t have any other way to explain it.”

Champ gave birth to a baby girl, whom the Holets named Hope, on October 12. Born with what’s called neonatal abstinence syndrome, or NAS, baby Hope had to then endure weeks of painful withdrawals, as well as methadone treatment, as she was weaned off opioids.

According to the CDC, the number of babies born with NAS tripled from 1999 to 2013. The condition can cause developmental issues and negatively impact a baby’s sleep patterns and mood.

Now out of the hospital and living with her adoptive parents, things are beginning to turn around for baby Hope, who sees a doctor each week for checkups. The adoption is expected to be finalized by the end of the year. As for Champ, whom Holets declined to charge with drug possession but still lives as an addict on the streets of Albuquerque, the future isn’t as rosy. Holets worked to get Champ and her partner in a rehab program in Florida, and came as close as the airport security checkpoint. But they woudn’t go any farther.

“I’m scared I’ll get clean and not find the comfort that I find in my life like this…I wasn’t ready to get on that plane,” Champ tells CNN. But she adds she’s grateful for all Holets has done. “He’s my personal angel on Earth here. I don’t know where he came from, but I’m really happy, I’m really happy he’s here.”

The Holets family still doesn’t know what developmental issues, if any, Hope will face as she grows up. But, said Holets, “whatever struggles she has, we’ll be there and we’ll work through it—and that makes me happy.”