And that makes her the "GOAT" in our books.
save article 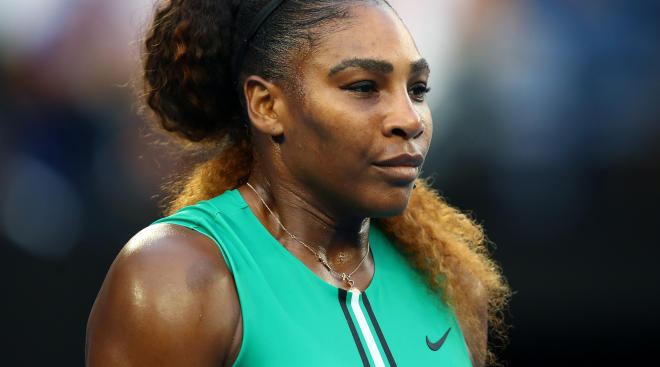 “‘The greatest of all time’ has kind of been pushed back to just being Olympia’s mom, and I love that.”

Serena Williams has done it again. The mom and athlete is using her platform to raise awareness on the reality of motherhood and the unfair pregnancy stigma for women in sports. In a recent interview with NowThis News, Williams encourages others to join her in her fight for female athletes.

In January 2017, Williams did the unimaginable and won the US Open while in her first trimester. That April, she took a step back from tennis to focus on her pregnancy and soon-to-be baby. At the time of her maternity leave, as the video points out, the athlete was ranked No. 1 in all of women’s tennis.

But when she returned, Williams dropped to No. 451—solely because she’d been away from tennis for 13 months.

“It was happening a lot with a lot of the players and then, you know, unfortunately it takes someone that’s in my position for it to happen to, then things can change,” she says.

The 37-year-old became an advocate for the cause, and since then changes have been made to support other expectant moms. The Women’s Tennis Association now has a new rule allowing women the opportunity to come back post-baby and use a special ranking for up to three years after the birth of a child, and the exemption can be used for seedings at big events.

“That’s really exciting to know that I was able to be a part of that change, and so other women that want to go out and start a family, it won’t affect their career,” the mom tells NowThis.

Williams hopes her daughter will follow in her footsteps in refusing to let anything stand in the way of happiness.

“Ultimately, I want [Olympia] to know that she can be whatever she wants to be, and she can be empowered to speak up,” she says.