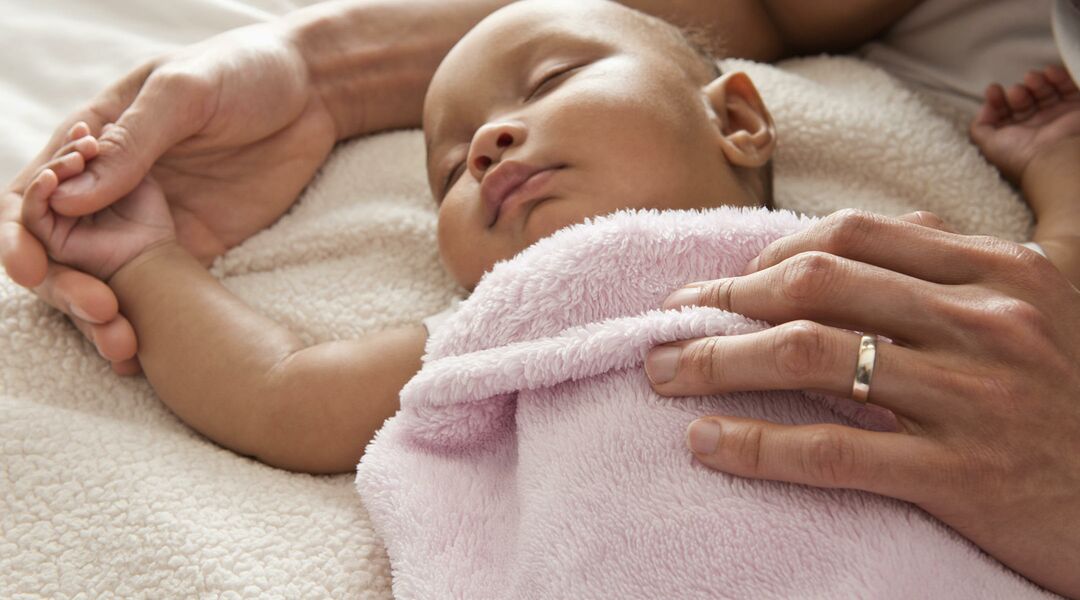 It’s widely known that parents should put sleeping babies on their backs to reduce the risk of SIDS, but there are other causes of SIDS that are less recognized, but harmful, too. According to a new study in Pediatrics, SIDS-related deaths are down after the Back-to-Sleep program was initiated, but there are multiple SIDS risks other than stomach sleeping that parents should know about. The Back-to-Sleep program was announced on 1994 with the message that babies are safer if they sleep on their backs — it led to a 50% decline in SIDS-related deaths within 10 years. By 2000, the rate began to plateau and new research suggests the reason it hasn’t continued to decline is that parents don’t know about some other risk factors.

Other than sleeping on their stomach, bed-sharing and having babies sleep on adult mattresses and bedding are the biggest problems, the study suggests. In the study, researchers looked at 568 SIDS-related deaths in San Diego, California, who died between 1991 and 2008. And although the percentage of SIDS infants who were found sleeping on their stomachs had dropped, the amount of infants who were found bed-sharing had increased from 19.2% to 37.9% and the amount of babies who were sleeping alone on adult mattresses increased from 23.4% to 45.4%. The amount of babies in the study who had prematurity as a factor increased from 20% to 29% and those that had symptoms of an upper respiratory tract infection decreased from 46.6% to 24.8%. Overall, 99% of the infants who died had at least one risk factor and 57% had at least two risk factors present.

If parents know about the other risk factors — and choose safer sleeping arrangements for baby because of them — the percentage of SIDS-related deaths could decline, researchers believe.

What do you think of these findings? What are you doing to prevent SIDS?