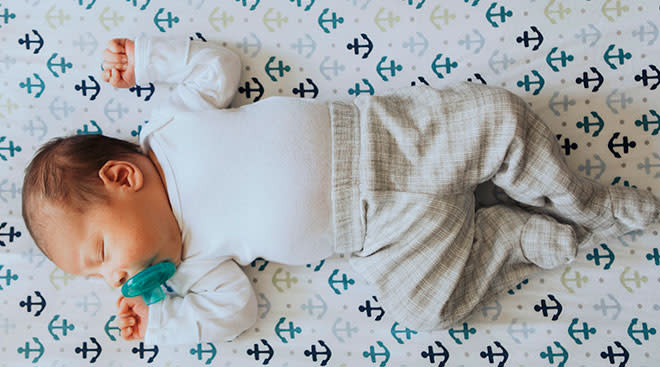 Sudden unexpected infant deaths (SUID) are sadly a common cause of infant mortality. While SUID rates now are much lower than what they were, according to the American Academy of Pediatrics (AAP), they have not seen a significant decrease since the 1990s. In a new study put out by the AAP, researchers say one of the leading causes of SUID may be unsafe bedding.

The study was published in Pediatrics online on April 27. It looked at over 12,000 cases of SUID that were reported between 2011 and 2017 in the Centers for Disease Control and Prevention’s (CDC) SUID Case Registry.

The analysts found that 82 percent of the cases were listed as unexplained, but 72 percent had complete case information. Furthermore, around 72 percent of SUID cases were linked to unsafe bedding, and 75 percent of airway obstruction deaths were due to soft bedding. Of all SUID cases, 31 percent were conclusively attributed to suffocation or possible suffocation, while 41 percent were classified as unexplained but linked to unsafe sleep factors.

The study concluded that, while the SUID registry can offer a lot of information to help experts better understand SUID, there is a clear need for more research and investigation into the topic, as well as improved safe sleep guidelines and educational efforts to help prevent it.

As a new parent, the thought of SUID is terrifying. But, the one thing parents can do to help protect baby is to follow safe sleep guidelines, and it’s something that many parents may not be doing. To create a healthy and safe sleep environment for baby, the AAP recommends having baby sleep on their back until their first birthday; using a firm sleep surface; and keeping baby in the same room where you sleep for the first six months to a year (but not in the same bed). According to the AAP, this last recommendation can decrease the risk of SUID by as much as 50 percent.

To learn more about the AAP’s recommendation on safe sleep for babies, visit AAP.org.

Save article
Article saved.Go to My Saved Articles
Article removed.