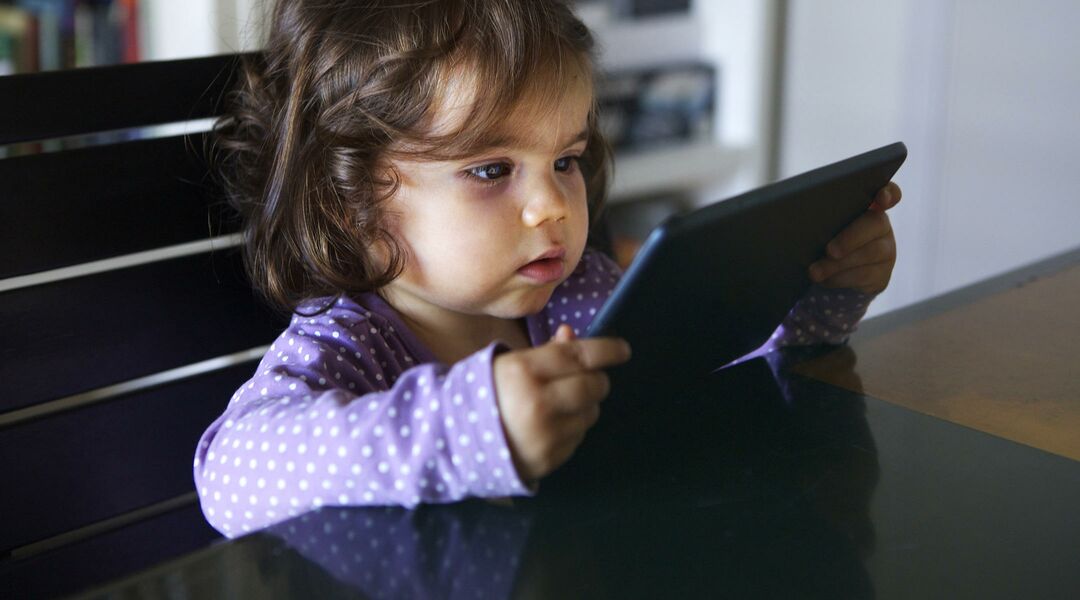 New research states that babies as young as seven months can distinguish between — and begin to learn! — two languages with vastly different grammatical structures! (And here I was thinking that being able to navigate just the English language was an accomplishment!)

The research, conducted by University of British Columbia and Université Paris Descartes and published in the Nature Communications journal, shows that infants in bilingual environments use pitch and duration to discriminate between languages with opposite word orders. Which basically means, baby is working overtime to listen to — and differentiate — the sounds (both long and short) you’re making when you form words.

University of British Columbia pyschologist Janet Werker, co-author of the study, says, “By as early as seven months, babies are sensitive to these differences and use these as cues to tell the languages apart.”

For bilingual families, the research is clear. Werker confirms, “If you speak two languages at home, don’t be afraid, it’s not a zero-sum game. Your baby is very equipped to keep these languages separate and they do so in remarkable ways.”

Are you raising your baby in a bilingual home?