"She is who she is, and I’ll be damned if I’ll let my own insecurities get in the way." 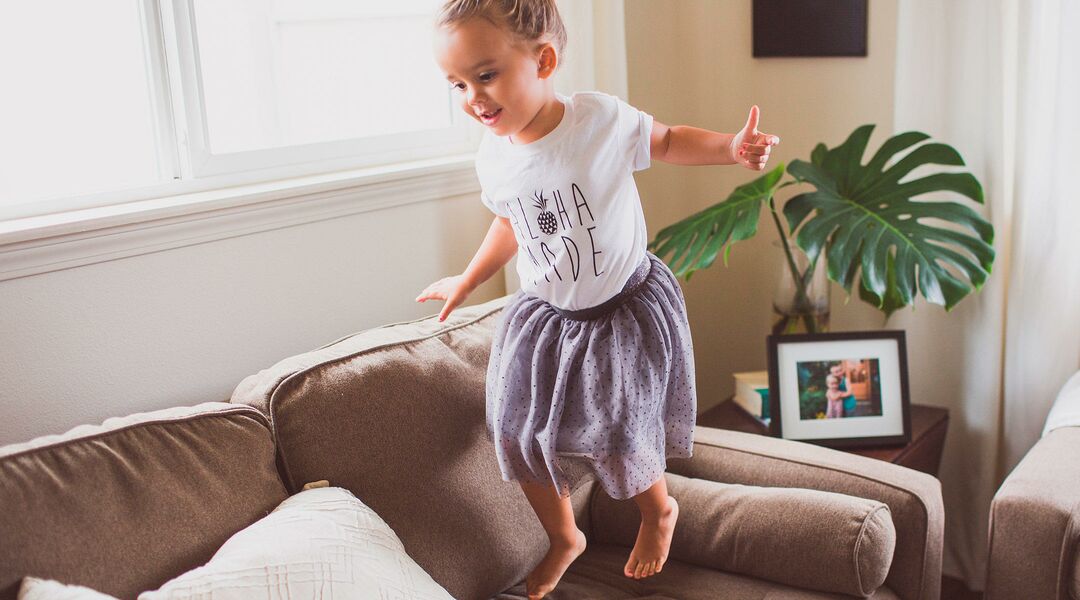 Am I somehow messing her up?

This is my greatest fear, and one that runs through my head basically every day. And while I’m fairly certain most moms struggle with the same question, it’s still a pretty isolating concern.

My daughter is one of those “spirited” kids. Don’t get me wrong, I wouldn’t have her any other way, but she oftentimes demands more than what other children might require, and that usually causes me to question whether I’m doing this whole parenthood thing right.

This uniqueness never seemed more acute than when my daughter began attending nursery school. Now, I’m the first mama to say “don’t compare!” but that’s a hell of a lot easier said than done. Especially when it’s plainly obvious to see that my child can be more challenging than other kids. If I’m really being honest, my struggle isn’t necessarily managing my kid (which I’ve gotten pretty good at), it’s the fear of judgment that others might place on us as a result. Or worse, the thought that maybe it’s my fault. Maybe I haven’t done all I can do as a parent to set her up with the proper skills to succeed. Either way, it’s a pretty sh*t feeling.

In general, toddlers have a lot of feelings, right? Well, my kid has ALL OF THE FEELINGS… and she has never been shy about expressing herself. During her school’s Winter Performance, in an auditorium packed with families excited to see the bright shining faces of their little humans, my husband and I anxiously awaited Tallulah’s turn on stage.

Just then, a large, booming sob escaped through the doorway of the nursery school classroom. My husband and I quickly looked at one another, wide eyed. I already knew it was my daughter. No, not because I’m one of those “I know my child’s cry” kind of moms, but because I’ve spent enough time in Las Vegas to know when something is a sure bet.

I watched a school administrator emerge from the classroom; she scanned the audience before settling her eyes on us and started heading our way. Already apologetic in her expression, she said to us in a loud whisper, across the bodies of at least half a dozen other parents: “Tallulah is having a meltdown. She doesn’t want to wear the costume.”

“Okay,” I sighed, aware of all the parents now looking at us. “Do you want me to go in there?”

“No, no, no,” she said. “We just wanted you to know because she’ll be the only one on stage not wearing it. We tried everything, even a lollipop!”

Tallulah’s school has been nothing but supportive and nurturing, allowing my little girl to grow and learn on her own terms. And for that, I’m eternally grateful. That being said, in that moment, I couldn’t help but feel ashamed.

In an auditorium filled with more than a 100 bodies, we were the only two people whose child was going absolutely berserk over being asked to put on a red dress to sing “La Bamba” with her class. (While that might not come across as the most traditional holiday song, I assure you it was very cute.)

I’m not quite sure why but I felt the need to apologize…to the teachers, to the other parents, to her classmates, but most of all to my daughter. Whether it was because I didn’t properly teach her or simply because she was born my child, I felt like I was experiencing yet another mom fail.

It’s often a debilitating feeling, because I fear that I’m doing something so catastrophically wrong that I’m gonna mess her up indefinitely. Before having a baby, I couldn’t possibly imagine how much I would love her, and to feel like I’m letting her down is crushing.

To me, my daughter is absolutely perfect. She is sweet, and kind, and funny, and smart and so incredibly loving. But she is also the loudest, most sensitive, most averse to change child I’ve ever met, and I’m terrified that being such a spirited kid isn’t always going to make her life easy.

And that, is where I catch myself. Easy often means complacent…and I never, ever want that for her.

I think again about her reaction to the costume, and her nuclear meltdown…and I decide to reframe it. She was being put in a spot she didn’t want to be in, she felt like no one was listening to her and so she made her frustrations known. While it wasn’t necessarily the most ideal venue, how could I blame her?

When my daughter leaves the safety of my care, as a teenager or a young woman, and is in a situation where someone is forcing her to do something she doesn’t want to do, I hope to high hell that she goes ballistic. I want her to go absolutely insane, until the situation ceases to exist.

She is who she is, and I’ll be damned if I’ll let my own insecurities get in the way of who she was meant to be. I’m never going to be perfect, but I’m never going to stop trying. I’m gonna be there to love her, to support her and to guide her.

And whenever I get down on myself, I try to remember that spirited little people grow up into the men and women who change the world.

In the meantime, my daughter is a happy, confident little girl who isn’t afraid to speak her mind. And if I focus on that, I have to admit: I must be doing something right.

Leslie Bruce is a #1 New York Times bestselling author and an award-winning entertainment journalist. She launched her parenting platform Unpacified as a place for like-minded women to come together on relatable ground, no matter how shaky, to discuss motherhood through an unfiltered, judgment-free lens of honesty and humor. Her motto is: ‘Being a mom is everything, but it’s not all there is.’ Leslie lives in Laguna Beach, California with her husband, Yashaar, their 3-year-old daughter, Tallulah, and looks forward to welcoming a baby boy this spring.