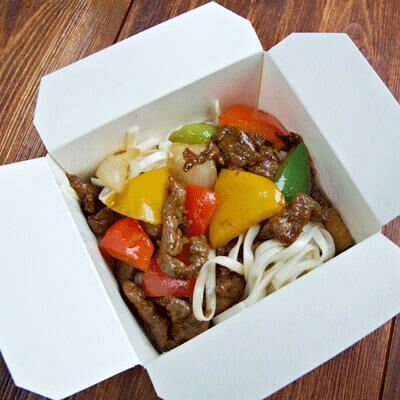 Before you let your partner order takeout, read this. A new study found that phthalates (which are hormone-mimicking chemicals found on food packaging, plastics, shampoos and colognes) may be hurting his chances of conception when it comes to babymaking.

For the study, published in Fertility and Sterility and authored by researchers at the National Institutes of Health,researchers measured urine concentrations of BPA and 14 other phthalates in roughly 500 couples that were trying to conceive. These couples, assessed between 2005 and 2009, also kept journals about the timing of their sex, their periods and how often they took a pregnancy test.

The results showed that neither the men’s nor women’s levels of BPA affected how long it took them to get pregnant, but the results did show that it took couples 20 percent longer to conceive if the man had heightened levels of at least three common phthalates. One of the study’s researchers, Germaine Buck Louis, said, that the findings suggest that “exposure to certain phthalates can reduce the chance of conception for otherwise healthy couples. The delays in pregnancy we saw were comparable to those seen for cigarette smoking, or with obesity.”

This is the first research to link phthalates to reproductive problems in men, though previous studies have shown that both phthalates and BPA have led to pregnancy problems in women. BPA, or bisphenol A, is a chemical often found in hard plastics, including those used to make many microwave-safe food containers and water bottles, as well as in the linings of aluminum cans and, surprisingly, receipt paper. Studies have found that the higher the levels of BPA in men’s urine, the lower their sperm count. A study also found that women with twice as much BPA in their bloodstreams had half as many viable eggs, and other research has shown a link between BPA levels and polycystic ovary syndrome (which can lead to infertility). To prevent these negative effects taking hold of your pregnancy, avoid canned foods and plastic containers with the recycling symbols No. 3 and No. 7 at the bottom, and wash your hands after touching receipts and money (since BPA can rub off receipts and onto your hands and cash).

But the latest research affirms that it’s necessary to study both partners when researchers are examining the effects of chemicals on pregnancy complications. Louis added, “Clearly, in studies of this kind, males matter.”

Do you think more research needs to be done to show the impact a man’s fertility has on conception?