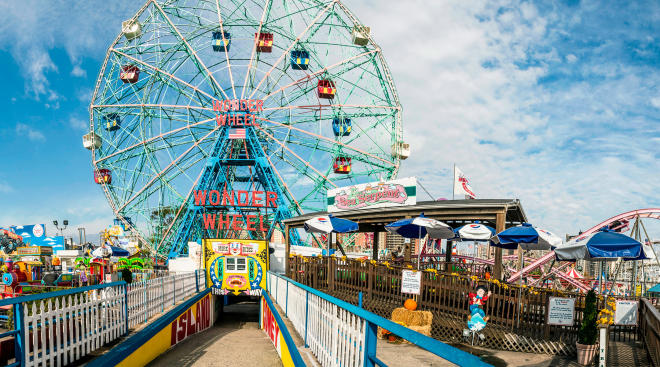 That’s how much it cost to see the tiny, premature babies Dr. Martin Couney exhibited at a Coney Island sideshow.

Beginning in 1896, Couney showcased preemies at world fairs and amusement parks. Like a bearded lady or contortionist, preemies were there to be gawked at. But Couney’s exhibits had a higher purpose — he was keeping premature infants alive.

In the early twentieth century, the technology to care for a premature baby just wasn’t there. Or rather, it wasn’t yet embraced; Couney pioneered the incubator, but hospitals repeatedly rejected the design. So Couney found another way to put the incubators to use, and funded the associated costs with admission fees.

Caring for thousands of babies over the course of his 40+ year career, Couney was certainly on to something. Meet Lucille Horn, a 94-year-old former resident of a Coney Island incubator.

“My father said I was so tiny, he could hold me in his hand,” she tells her own daughter, Barbara, on a visit with StoryCorps (an interviewing and storytelling nonprofit) in Long Island, NY. “I think I was only about 2 pounds, and I couldn’t live on my own. I was too weak to survive.”

When the hospital told her father they couldn’t care for her and she didn’t have a chance of survival, he whisked her away to Dr. Couney. She spent six months in his care.

How does she feel about being part of a sideshow?

“It’s strange, but as long as they saw me and I was alive, it was all right,” she says. “I think it was definitely more of a freak show. Something that they ordinarily did not see.”

Years later, she returned to visit Couney. And she was the exact reassurance parents of a new generation of Coney Island preemies needed.

“Look at this young lady,” Couney told a new father visiting his baby. “She’s one of our babies. And that’s how your baby’s gonna grow up.”

By the 1940s, incubators were introduced to hospitals, bringing an end to the exhibitionist form of NICUs.