Do Fertility Treatments Raise Your Risk Of Multiples? 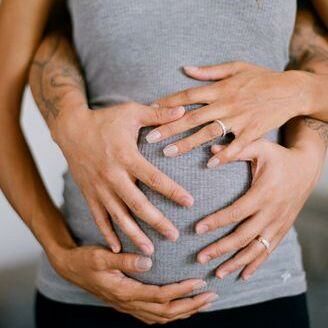 Are more and more moms getting pregnant with multiples? The latest study says yes. Published in the New England Journal of Medicine, a team under lead author Aniket Kulkarni of the U.S. Centers for Disease Control and Prevention, found that more than three-quarters of triplets or higher-order births in the US were due to fertility treatments.

Using the data from the 1960s as their statistical baseline for multiple birth rates prior to medical interventions, they found that the proportion of triplets or more births related to medical assistance has actually dropped from a 84 percent (its peak) in 1998. Which means that IVF procedures aren’t a contributing factor to rising multiple birth rates. So if not IVF, then what is contributing to the higher numbers?

Non-IVF fertility treatments, the researchers write, such as ovarian stimulation and ovulation induction  have increased so much over the years that they’ve become the predominant source of medically-assisted multiple births in the country. IVF patients most commonly result in twin deliveries. To explain the differences, Dr. Eli Y. Adashi, professor of obstetrics and gynecology at Brown University and senior author of the study, said, “IVF is moving, in a sense, in the right direction and cleaning up its act, whereas the non-IVF technologies are at a minimum holding their own and possibly getting worse. From a policy point of view what that means is that [we] need to focus on the non-IVF technologies, which really hasn’t been done in a concerted way because they weren’t considered all that relevant to this mix.”

Adashi added that doing so may be more difficult when put to the test. While multiple births from IVF are a direct result of the number of embryos that are fertilized and intentionally implanted, he said, non-IVF therapies involve medications that stimulate ovulation and follicle growth in ways that cannot be precisely predicted or controlled.

To conclude the research, the study authors write, “Increased awareness of multiple births resulting from non-IVF fertility treatments may lead to improved medical practice patterns and a decrease in the rate of multiple births.”