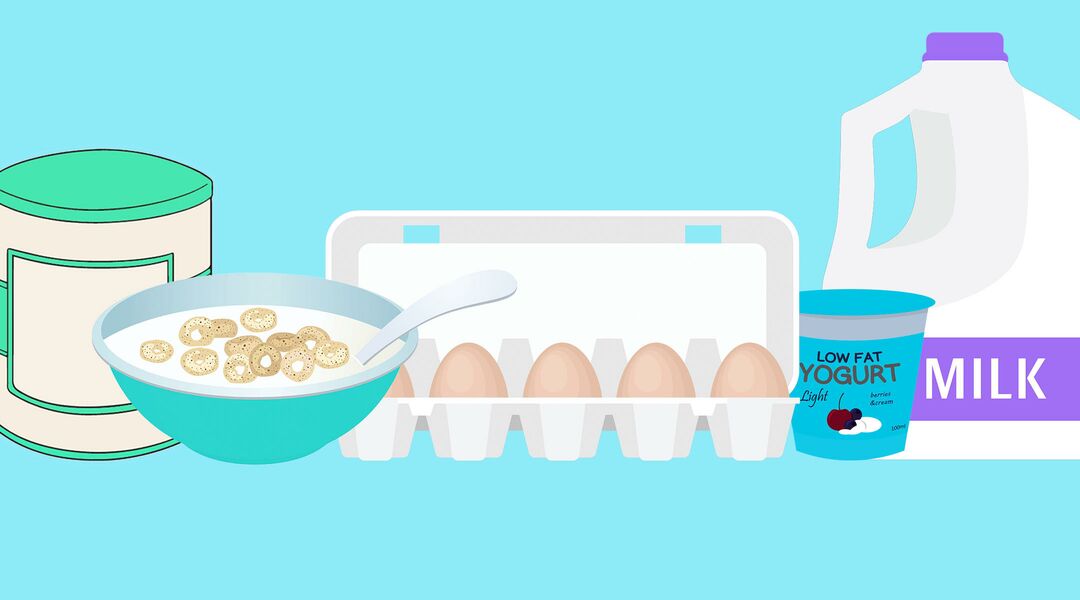 Baby Food Expiration Dates: What You Need to Know

Best by date, sell by date, use by date—what’s the difference? Learn how long baby’s food is good for and when you should toss it.

It’s probably safe to say most of us discerning shoppers go to the supermarket and automatically scan the expiration date on any packaged food before deciding whether it goes into the shopping cart. That’s likely doubly true when buying food for your baby or toddler. It’s important to keep an eye on these sell by dates and best by dates, at least to some degree—but experts say you typically have some leeway with the dates once the food comes home and finds a place in your pantry or fridge. Plus, there are different types of expiration dates, and they don’t all mean the same thing. Here’s the real deal on food expiration dates, so nothing has to go to waste before its time.

How to Read Expiration Dates

With all the different types of food expiration dates, it’s understandable if you’re a bit fuzzy on what each means. While each has something to do with food quality, things get a little nuanced beyond that. But across the board, food sold in the US isn’t required to display any kind of expiration date (with the exception of baby formula)—instead, the best by or use by dates are completely up to the food company. “Manufacturers provide dating to help consumers and retailers decide when food is of best quality,” the US Department of Agriculture (USDA) states. “Except for infant formula, dates are not an indicator of the product’s safety.”

• Best by dates are probably the most common, and they usually mean it’s a good idea to buy and use the product by the date on the label in order to enjoy the food at its highest quality. It doesn’t necessarily mean that past that date, the food is unsafe to consume. “In general, ‘best by’ means you want to use it by that date or soon after, because its quality is going to go down after that,” says Michael Doyle, PhD, a professor of food microbiology at the Center for Food Safety at the University of Georgia.

• Sell by date is a label that’s generally put in place to let retailers know that food is less likely to spoil if it’s sold before a set time, says Benjamin Chapman, PhD, an associate professor and food safety extension specialist at North Carolina State University. If a product isn’t sold by its sell by date, retailers should, in theory, pull it from shelves.

• Use by date is just what it sounds like—you should use a product before you hit this date, which is the last day the food will be at its peak quality. While you may see this date stamp on other foods, the FDA only requires it to be on infant formula.

Food Expiration Dates: What You Can Eat When

Stocking up on food for your kids only to have it sit in the fridge for several days is an all-too-familiar scenario for many of us—but before you toss it, know this: It’s generally safe to feed your child most foods that are a few days beyond their expiration dates and, in some cases, even longer, Chapman says. “If the date passes during home storage, a product should still be safe and wholesome … until spoilage is evident,” according to the USDA. That said, specifics help. Here’s which common baby and toddler foods are and aren’t safe to eat past their expiration date:

• Expired baby formula. Unopened cans of formula generally last a year—and this is the one food you don’t want to serve past its use by date. It has nothing to do with food safety, but beyond that use by date, the nutrients in the formula will start to degrade, Chapman says. “Since it’s the only source of nutrition for infants, it’s very important the nutrients are precise,” he says.

• Jars or pouches of baby food past their sell by date. After your child eats from a jar or pouch of baby food, any leftovers should be thrown out, especially if you fed baby right from the container (since the saliva can contaminate the food). But if the packages are still sealed, Chapman says you’re fine to use them a few days past the expiration date. The quality of the products past their sell by date will vary, he says, but jars should keep food fresh longer than pouches.

• Cereal and puffs past their best by date. You definitely have some leeway here, especially if the box is unopened. “Cereal can be used much longer than just a few weeks past the expiration date,” Doyle says. The biggest potential issue is that fat in the cereal will oxidize, causing the taste to be a little off. But it’s more likely to go stale than anything else, Chapman says.

• Eggs past their expiration date. Eggs are usually good for three to five weeks in the fridge. Salmonella is a potential issue, Doyle says, which is why he doesn’t recommend using them more than a week past their date stamp.

• Milk past its sell by date. How long milk can sit in your fridge depends on how much it’s been pasteurized (ultra-pasteurized milk can last for months, for example), so it’s best to get a general idea by the date stamp, Chapman says. “In pasteurized milk, we don’t often look at it as a source of pathogens, but it goes sour,” he says. If it’s in your fridge and you’re a day or two past the sell by date, you’re probably fine to give it to your kids (provided it tastes okay). “I would have no qualms feeding my grandchildren milk that’s a week past the expiration date,” Doyle says.

• Yogurt past its best by date. You’re perfectly fine to eat yogurt past its expiration date—and usually for quite a while afterward. “Yogurt is made from pasteurized milk, so the harmful microbes should [already] be killed,” Doyle says. The biggest concern is that the yogurt might taste tangier the longer you get past the best by date, since acid builds up in it over time. But “a month past is no less safe than if you had eaten it within that best before date,” Chapman says.

• Juice past its sell by date. From a food safety standpoint, it’s never a good idea to drink unpasteurized juice, due to the risk of harmful bacteria—and that’s especially true for children. If you were planning to give baby unpasteurized juice, don’t. But if you have a pasteurized apple juice box or orange juice container that’s a few days past the sell by date, you should be fine to give it to your child as long as it’s unopened, Chapman says. And, he points out, “if the juices need refrigeration, they have to stay refrigerated.“

These are general rules for a few of the big foods that babies and toddlers eat. But if you’re not sure if the food you’d usually serve to your child is okay, it’s best to take a pass. “When in doubt, throw it out,” Doyle says. “That’s generally the rule for food safety.”