All the info you want on how genital herpes can affect you and baby.

What is genital herpes during pregnancy?

What are the signs of genital herpes?

Most people with genital herpes actually have no signs or symptoms. The stuff you might expect — itchy sores (down there), fever,  fatigue and  aches and pains — only happens during active outbreaks, and some people who are infected never have an active outbreak (they can still pass on the virus, though).

Are there any tests for genital herpes?

Yep. If you’ve got active sores, your OB can have a sample of fluid from the sores analyzed. If you don’t, a  blood test can also help diagnose genital herpes.

How common is genital herpes during pregnancy?

More common than you might think. According to the March of Dimes, one in four pregnant women have genital herpes.

How did I get genital herpes?

Genital herpes is spread by sexual contact, and because most people don’t have any symptoms of the disease, it’s possible to get herpes from someone who appeared — and even thought they were — herpes-free. Herpes can also be spread by oral-to-genital contact. Genital herpes is usually caused by the herpes simplex 2 virus, but herpes simplex 1 — the virus that usually causes cold sores around the mouth and lips — can also infect the genital area.

How will my genital herpes affect my baby?

Great news: It probably won’t. Even though herpes can be passed from mom to baby at birth, the risk of infection, if you contracted the virus before pregnancy and don’t have a flare-up during delivery, is relatively low — only 3 percent — and you can take steps to avoid infecting your baby.

If your baby does contract herpes, he might get skin or mouth sores and eye infections. The real (and scary!) risk is that herpes might spread to the brain and internal organs and cause death. Babies who survive serious herpes infections may develop mental retardation, seizures, cerebral palsy or hearing loss (see next page for treatments, prevention and resources).

What’s the best way to treat genital herpes during pregnancy?

You’ll probably be prescribed an antiviral medication to take as you near your due date. Taking it can decrease your chances of a flare-up during delivery, which will prevent your baby from contracting herpes.

“If we know a woman has a history of genital herpes, we’ll tend to give her acyclovir, an antiviral medicine, starting around 34 or 36 weeks, to try to suppress any episodes of herpes so she can have a vaginal birth,” says Sharon Phelan, MD, a professor of obstetrics and gynecology at the University of New Mexico.

If you do happen to have an active infection near the time of birth, your doctor may recommend you deliver via c-section to prevent passing the virus on to baby.

What can I do to prevent genital herpes?

A monogamous relationship with a herpes-free partner is your best bet. If your partner has a history of herpes, it’s important to use a condom every time you have sex, because herpes can be spread even when there’s no active infection. Avoid sex completely when your partner has a herpes outbreak. You can also ask about antiviral medication for your partner.

If you’re not infected with herpes and not in a monogamous relationship, avoid sex altogether in the final weeks of pregnancy to avoid a herpes infection.

What do other pregnant moms do when they have genital herpes?

“My doctor suggested that I get on Valtrex for the last month of my pregnancy just to avoid an outbreak. Well, I’ve been having some discomfort and weird stabbing pains down there since Monday, and finally, today I felt that I’d had enough and called my doctor. I told the nurse what I was feeling and that I was scared that I might be having an outbreak. She said she would get with the doctor and call me about coming in to get checked and possibly going ahead and getting on Valtrex now instead of waiting.”

“I used to take medicine daily as a preventative measure, but once I found out I was pregnant, my doctor had me stop, and he said that I didn’t have to take it unless I was having an outbreak, and then it was safe.”

Are there any other resources for genital herpes during pregnancy? How to Safely Treat a Fever During Pregnancy 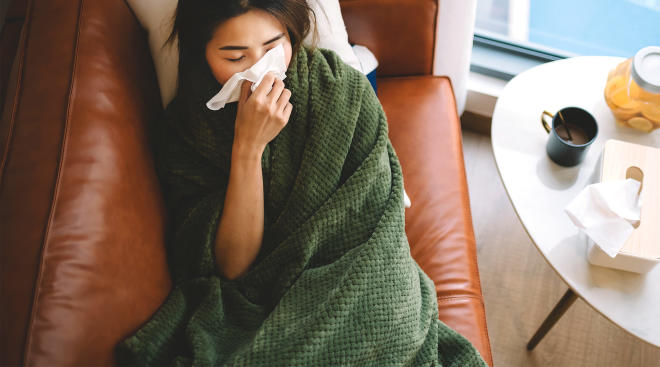 How to Handle the Flu While Pregnant How to Combat Colds During Pregnancy
ADVERTISEMENT

My Cancer Diagnosis During Pregnancy Saved My Life
ADVERTISEMENT