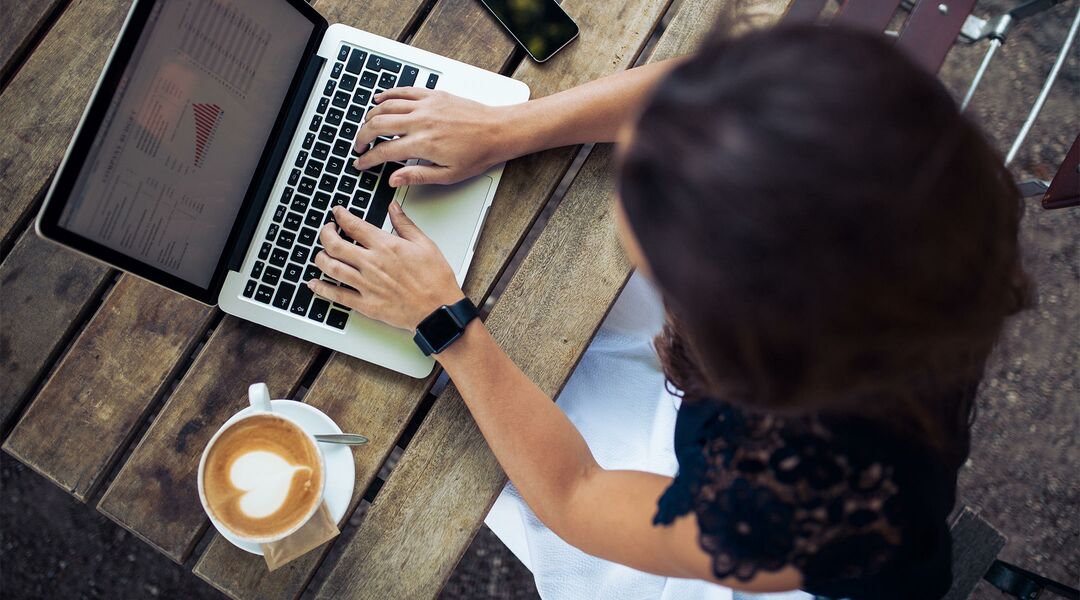 Many women have asked me how I was able to work part-time. Maybe they want to see if such an arrangement would work for them. Maybe they’re just curious. Today, I’ll share how I went about getting this arrangement.

Finding childcare Even before the pregnancy test turned positive, I knew that I wanted my sister to watch my son while I was working. She’s a fabulous mother (one of the best that I know!) and I thought that there is no one better to step in while I was working. So I asked her if she’d be willing, knowing that my goal was to go to part-time hours. She was.

Do the research My company has benefits policies on their Intranet, so I was able to know in general what my company’s policy was. But I also knew that working part-time isn’t typical and certainly isn’t guaranteed. Through their written policies, if I was able to go part-time, I knew that I’d still get full medical benefits and 401(k) matches. My vacation time would be pro-rated depending on how much I worked. That was fine by me as I wouldn’t need to take a full eight hours of accrued vacation time to take a day off anyway. We’re also on my husband’s insurance, so that also wasn’t a major factor, but it was good to know.

Announcing the news I told my manager that I was expecting when I was about 17 weeks along. It wasn’t a serious conversation where we discussed if I was coming back after baby (although I told her that I was) — it was more of a “I’m pregnant! Yay!” conversation. Being a working mom herself (her children are in their early 20s), she was happy for me! I waited until later to have the part-time conversation.

Deciding what I wanted In the meantime, my husband and I talked about what we ideally wanted. Truth be told, he didn’t have much of an opinion, so really this was me thinking about what I really wanted. How many hours a week did I want to work? How many days each week did I want to work? I decided that my Plan A was to work each day, but only work a partial day rather than work all day, a few days a week. I figured that way, I’d be able to stay on top of things at work, I’d be able to support my organization well, my daily routine wouldn’t fluctuate too much and my team at work would know what to expect. In addition, I thought of a few other schedules that I’d find acceptable, even if they weren’t my preference.

Putting together a proposal Then I wrote it all down in a simple Microsoft Word document. I gave it a title like ‘Part-Time Proposal’. Fancy, eh?  Included in the document was:

The timeline was of when the baby was due, how much maternity leave I was taking, and when I thought I’d return to work. My goal was to work between 20 and 24 hours/week, depending on which schedule we worked out. I also wanted in writing that I knew I’d need to be flexible. Just as someone who works full-time might need to work overtime or the occasional evening or weekend, I knew that there would be times that I’d have to do the same — sometimes I can work from home and sometimes I knew I’d need to physically be there in the office.

In the different schedule options, I gave her the different pros and cons to each. At my company, we have regularly scheduled meetings, so I built the schedules around still being able to make as many of those as possible. I also asked for a trial period of three months to allow kinks to be worked out, so that either party could re-visit the plan after that time.

I knew one of the first questions that my manager would ask is “If it takes you about 40 hours/week to do your job now, what makes you think you can do it in 20-24 hours/week?” The answer: I can’t. There were things that I was doing before in my job that weren’t part of my job description (and were beyond the typical ‘other duties as assigned’), so that’s what I targeted to be dropped. It was time for those duties to be covered by other teams anyway.

Talking it over Then I scheduled a meeting with my boss and gave her a head’s up on what I wanted to speak about. That allowed her to do some research of her own. When we met, I gave her my proposal and talked it over. We didn’t go over the schedules in detail, but she agreed to take it to the next level.

Over the next month or so, she did the legwork that she needed to get the ball rolling. She received approval from her management. She collected information from Human Resources and Payroll. I needed to negotiate my schedule with my development team (I’m in software design) since my manager didn’t care very strongly which schedule option I chose. That was up to the organization that I support — they needed to be happy with the level of support that I’d provide. I met with that management staff, and they thought my Plan A was best for them too. We had everything worked out six to eight weeks before my maternity leave started.

The results I love it! In fact, it’s now been close to six months, and we never did the check-up to see if it’s still working out for me and the company — it’s going that well! My company pays me 40 percent less, but I work 40 percent less. I’m still completing my job requirements. For the most part, people respect my schedule. I do occasionally work from home to make an important afternoon meeting, but my company is very technology-savvy, and I can work from home almost as well as I can from in the office. My team knows that if they need an answer the same day, they have to get me the question by 11:00 a.m., otherwise, I’ll get to it the next day. They can always call me at home if something urgent happens (but it hasn’t happened yet!)

There are times decisions are made without me. It just happens when an issue comes up, and immediate direction is needed. But my team is great about informing me of the decision and being willing to reverse it if needed. I’ve been in my position almost three years now, so they’ve gotten to the point where they can usually predict what I’m going to want to do anyway!

Working part-time probably limits me. I’m not likely to be promoted to be a manager of a team. That’s okay — I don’t want that role anyway. They might hesitate to give me more responsibility. That’s okay — I made the intentional decision to hold steady on my career at this time to focus on my family a little more. It’s been well worth the cost. I think it’s perfectly understandable that a company would need someone full-time to take on those kinds of job functions. At this point in my life, that just isn’t me.

It really is working out beautifully and I’m very fortunate to work for a great company and with a great team!

Did you change your work situation when you became a parent? How did it work out? 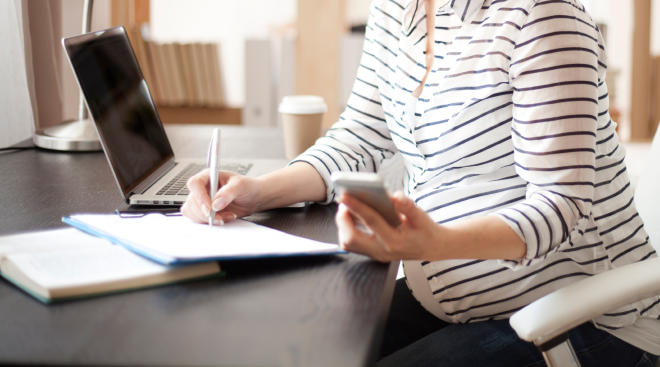 When to Stop Working During Pregnancy
ADVERTISEMENT 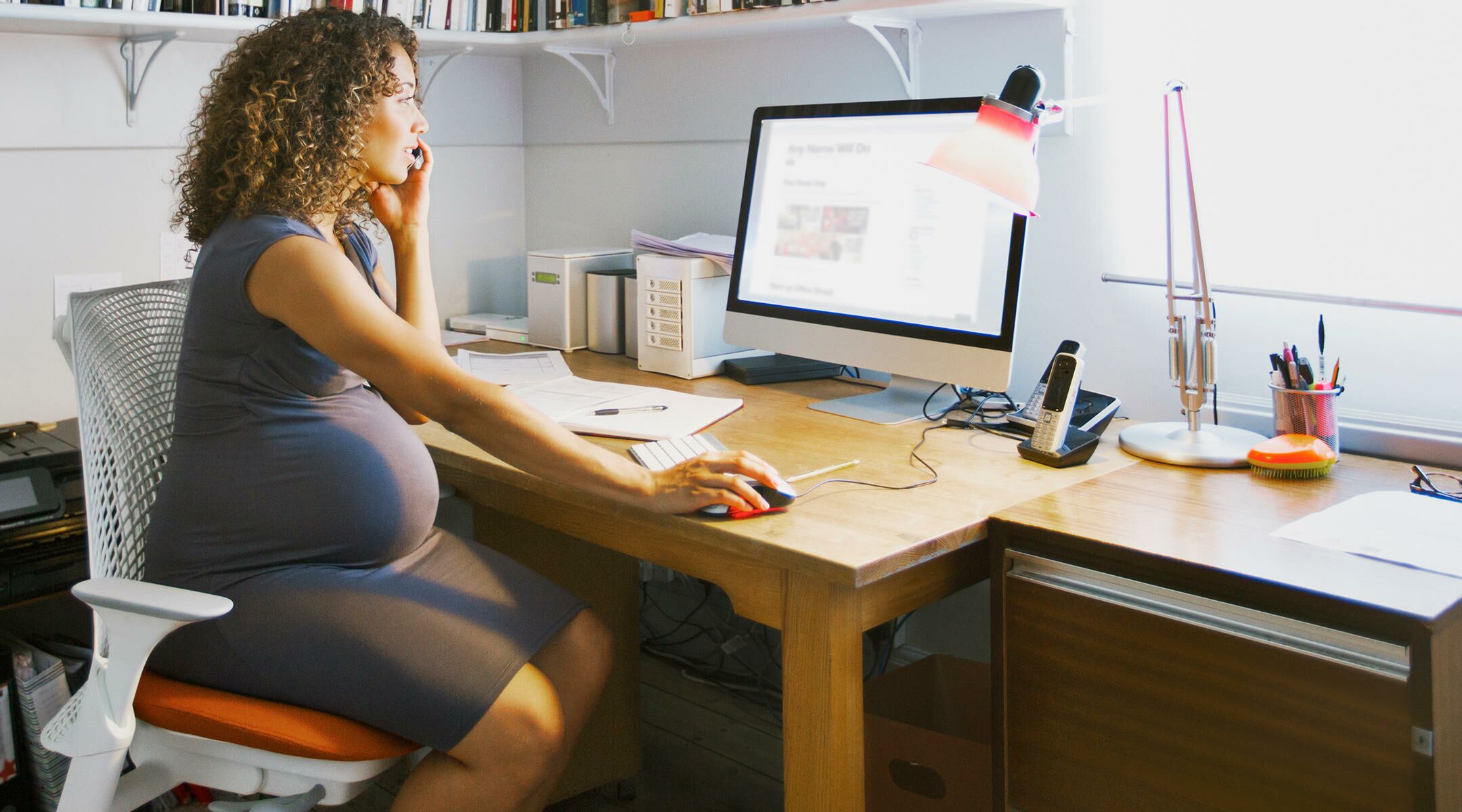