How to Let Go of the Breastfeeding Guilt

Feeling like a bad mom because baby’s getting formula? Stop. Breastfeeding isn’t the only thing you can do to keep your child healthy. 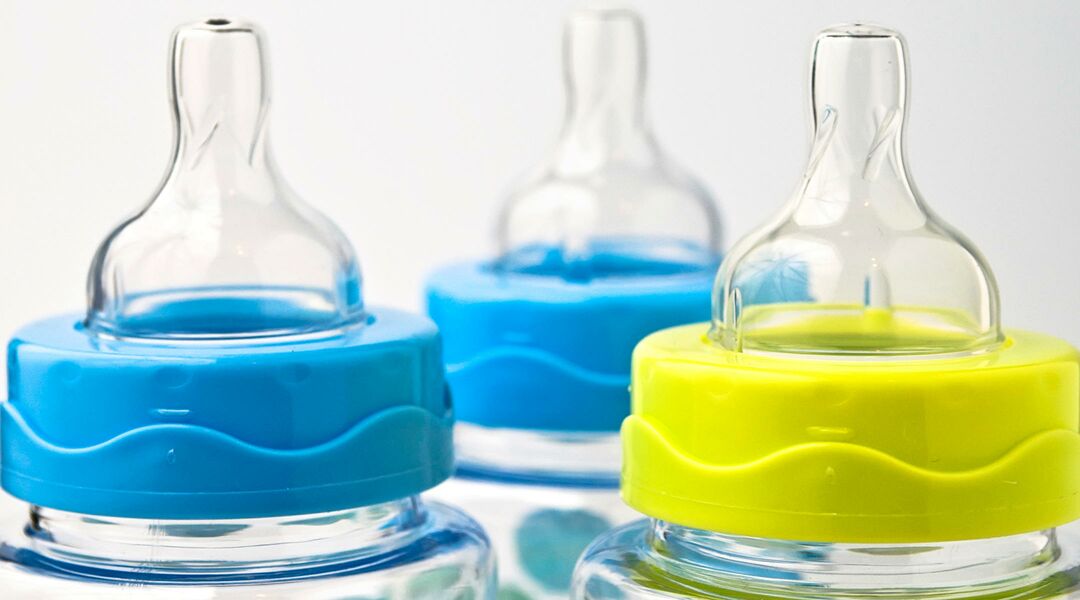 I read all the nursing books. I watched videos. I forbid the nurses from giving my daughter a bottle — we couldn’t risk nipple confusion. I visited lactation consultants. After nursing, I’d spend another 20 minutes pumping, in hopes that eventually my body would get it.

I was exhausted and I felt wrung out. My daughter cried constantly and the guilt felt like a sharp-edged sword being plunged into this new part of my soul that, prior to 20 hours of labor, had never existed before. I was a new mom failing at the most basic of all maternal tasks: nourishing your infant. And you see, I don’t fail at things. If I worked hard enough, I always got it. I thought eventually I’d make enough milk and Mira would sleep for more than 40 minutes at a time. Eventually she’d gain weight. Eventually it would get easier.

When Mira was five weeks old and I had spent all of it cooped up in the house in a constant cycle of nursing-pumping-sleeping, all the while praying I could produce more than two ounces, I realized I was in desperate need of adult contact. We made a brief appearance at a summer picnic.

There I met a mother of three children, one of them an eight-month-old. I needed to talk and whether this stranger liked it or not, I unloaded on her. I felt so guilty. Why wasn’t it working? She looked at me, her two older, beautiful, healthy children running around happily, and said, “Why don’t you nurse and then give her a bottle? All my kids had breast milk and formula. Stop being so hard on yourself.”

I’d feared that without breast milk, Mira would be vulnerable to every cold virus, I’d be robbing her of IQ points and increasing the risk that she’d battle with obesity. But this mom made me feel like some formula would be okay. Immediately when we got home I mixed up a bottle. I watched as my husband fed her. She gulped it down. Her eyes closed and her head drooped over the side of his arm. My husband and I were filled with a new kind of joy — the pleasure of watching our child eat and be satisfied. That joy led to a new guilt: I had put my baby at risk, made her go hungry, just so I wouldn’t fail.

And that’s when I learned the greatest parenting lesson of all: It’s not about me. In fact, nothing was about me anymore. It was all about her.

I still nursed occasionally, mostly for comfort and because I enjoyed the closeness. But as Mira drank more formula it became abundantly clear that she was getting very little if nothing from me. With each ounce she gained, with each longer stretch of sleep, I realized how happy I was that I was able to give her what she needed, even if it didn’t come from me. I was a happier person, less exhausted, less resentful and I’m sure, a better mom for it.

Today, Mira is eight years old. She’s in her school’s gifted and talented program. She has a perfectly healthy weight. And she is remarkably healthy, getting maybe one bad cold a year.
So if you’re struggling with guilt, stop. There are many reasons women can’t nurse — poor milk production, painful latch or let’s be honest: it’s just not for everyone. But this doesn’t mean you’re going to harm your baby. Here are ways to mimic some of the benefits of breastfeeding.

Children who eat more fruits and vegetables are less likely to struggle with obesity, says Jamil Joyner, MD, pediatrician at Texas Children’s Pediatrics in Houston. Once your baby is ready for solid foods (between four and six months of age), focus on introducing a wide array of fruits and vegetables. These are loaded with vitamins and if you can encourage your baby to love things like spinach or carrots now, there’s a good chance he’ll continue to like them as he gets older.

“Also steer babies away from juice,” says Joyner, since it has empty calories with little nutritional benefit. “After six months, give her water instead.” Babies younger than six months of age don’t need any beverage other than breast milk or formula, says the American Academy of Pediatrics (AAP), and after six months, it’s more beneficial for infants to have pureed fruits, which have fiber and other nutrients that juice doesn’t. Remember: children ages one through six should have no more than four to six ounces of juice per day.

Breast milk contains mom’s antibodies, which help boost a baby’s immune system. Formula can’t mimic that but lifestyle choices can help reduce your baby’s risk of illness. “Make sure your baby gets all her vaccines,” says Joyner. “Wash your hands and wash her hands frequently. Keep newborns away from crowds.”

Joyner also recommends that everyone in the household receive a pertussis (whooping cough) vaccination. A highly contagious disease, pertussis can be deadly in infants, especially those under three months old. Because immunity from the vaccine decreases over time, the Centers for Disease Control and Prevention recommends that adults get a booster shot to lower the risk of their getting the disease and passing it on to a child.

Reading to your child is one of the best things you can do to prime him for academic success, says Joyner. Also limit screen time. The AAP advises against any TV, tablet, video game or computer viewing for children under age two. “A child’s brain develops rapidly during these first years, and young children learn best by interacting with people, not screens,” says the AAP in a statement.

Worried you’ll lose a connection with your baby if you don’t breastfeed? You shouldn’t. You bond with your baby every time you hold her, smile at her, sing to her, rock her and feed her — whichever way you feed her.
And if you really love nursing but know it’s not enough, nurse anyway. Your baby might not be getting a lot of milk, or any, but you both get skin-to-skin contact and that connected feeling.

“Breastfeeding can be difficult,” Joyner says. “Sometimes it’s just impossible. But remember that there are so many other ways to be a great mom.” Breastfeeding definitely isn’t the only one.