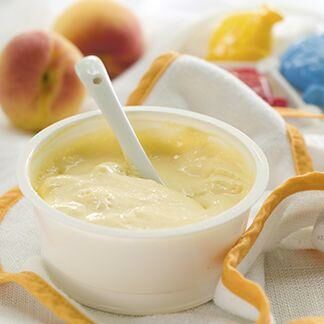 In an effort to get to the bottom of just how important infant nutrition is, the Food and Drug Administration (FDA) and Centers for Disease Control and Prevention (CDC) conducted a study over six years long. After following the health and nutrition of babies starting in the third trimester until age one, researchers circled back after the children reached aged six. The major finding? A healthy start matters.

The results of Infant Feeding Practices Study II (IFPS II) are just now being published, and show a strong correlation between diet during the first year of life and eating habits later in childhood. For example, if babies under age one don’t eat a lot of fruits and vegetables, they probably aren’t going to when they’re six either. Babies who drink more sugar-sweetened drinks, or juices, are more apt to do so as kids.

Not all of the correlations were so straightforward. The study linked breastfeeding and waiting longer to introduce foods other than breast milk to a lower risk of ear, throat and sinus infections at age six. In addition, the longer babies were breastfed, the more likely they were to choose water, fruits and vegetables over sugary alternatives at age six.

Don’t panic if you aren’t able to breastfeed, or weren’t able to do it for long. The study didn’t find that breastfeeding led to psychologically better-off children. That boils down to parenting. Also, breastfeeding wasn’t linked to shedding that postpartum baby weight, unless women were overweight pre-pregnancy.

Another takeaway is to let baby listen to his own hunger cues. Moms who force babies to finish bottles are likely to encourage cleaning your plate at the dinner table. IFPS found that this puts the child at a higher risk of being overweight.

Ultimately, it’s important to eat healthy early. Childhood eating habits depend on it. But we’re not making any promises about the eating habits he’ll develop in college.

How closely are you monitoring what your kids eat?