Breast Pumping on a Business Trip? These Companies Have You Covered 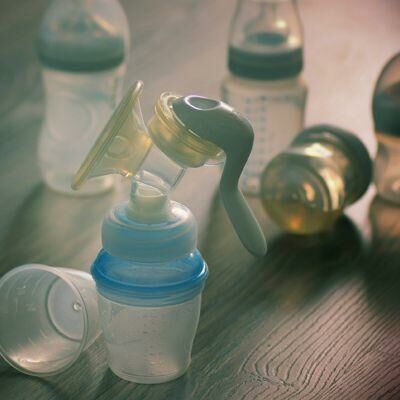 A little birdie told us Twitter is joining the likes of IBM, launching a new service to ship breast milk from moms traveling on business trips home to their babies.

The idea stemmed from Twitter’s “Mommy Mentor” program, which helps new moms make the transition back to work. Women will be able to ship the milk in temperature-controlled packaging from FedEx for free.

Over at IBM, the service is part of a larger initiative to help the company improve its female retention rates. (although the corporation has seen a 562 percent increase in the number of women executives since 1995). This perk only applies to women traveling on business, not moms pumping in their usual office.

“We are going to experiment with this and see how many women are interested,” Barbara Brickmeier, vice president of benefits at IBM, tells Fortune. “As long as it appeals to a segment of our population and they feel that they can better balance their work and home, we will continue it.”

Twitter echoes that sentiment. “The goal behind launching this program wasn’t about scope or reach — it’s about positive impact for the employees that can and will participate in it,” Janet Van Huysse, Twitter’s vice president of diversity and inclusion, tells NBC News.

It’s admittedly a small segment of their populations — only 29 percent of IBM staffers and 34 percent of Twitter employees are women, let alone nursing moms. So picking up the shipping costs will presumably be no big deal for such major companies. But the gesture will mean a lot to traveling new moms, who are often forced to pump and dump while away from their babies.