“Even though everything I experienced was really common, nothing was how I imagined it would be.”

Meaghan O’Connell is cool, down-to-earth and full of wit—just check her Twitter account. But four years ago, she was in a much different place.

After her “accidental pregnancy” and the birth of her first-born, depression and anxiety hit her like a ton of bricks. It seeped into all aspects of her life, affecting her relationship with her husband, friends and even herself. It wasn’t until months later, when she was alone in a coffee shop that she finally confronted her demons. Fast-forward four years later and her brutally honest book And Now We Have Everything is a must-read for all first-time moms.

Learn more about O’Connell in our chat below and get ready to feel way less alone.

Tell us your story in a couple of sentences.

I’m a freelance writer whose accidental pregnancy led me to write my first book, And Now We Have Everything, a book of essays about becoming a mother before I was ready. That baby is now 4 years old, and since then I’ve gotten married, left New York City for Portland, OR, published the book and had a second baby (on purpose!).

Your book gives a raw account of motherhood. What made you want to tell your story this way?

Becoming a mother was a huge, huge adjustment for me. Even though everything I experienced was really common, nothing was how I imagined it would be. I had an unexpected pregnancy—about half of all pregnancies are unintended—and long labor followed by a c-section, relationship problems and feeling trapped by breastfeeding. All of this was very ordinary stuff, but it felt so extreme when I was in it.

I spent so much time beating myself up for having a hard time, so I wrote the book as an act of defiance. I hoped that if I could face every dark, uncharitable or anxious thought, I would find a way out of alienation and into self-acceptance. I also hoped it could close some of the gulf that had formed between my me and my husband, me and my friends and me and myself, really.

Now that it’s been four years and especially now that I’ve had a second child, it feels completely different. I have nothing but compassion for my new mom self. I hope that other women can read it and feel more compassion for themselves and the women in their lives.

When did you decide you were going to write this book?

I snuck away to a coffee shop to write my birth story when my son was a few months old. It was the first time since becoming a mom that I was totally absorbed in writing. Sitting alone making myself laugh and cry as my boobs got more and more engorged, I felt like my old self again. When I sent it out as a personal newsletter, people really connected with it. To be understood in that way, at that time, was so important to me. Before that, I had felt really alone.

Then my friend Emily replied to the email saying, “Congratulations! It’s a book!” and I realized she was right because I had so much more I wanted to write about. It wasn’t for another year or so that I began writing it in earnest. When the book was published, my son was almost four years old, but it all started with the birth story. 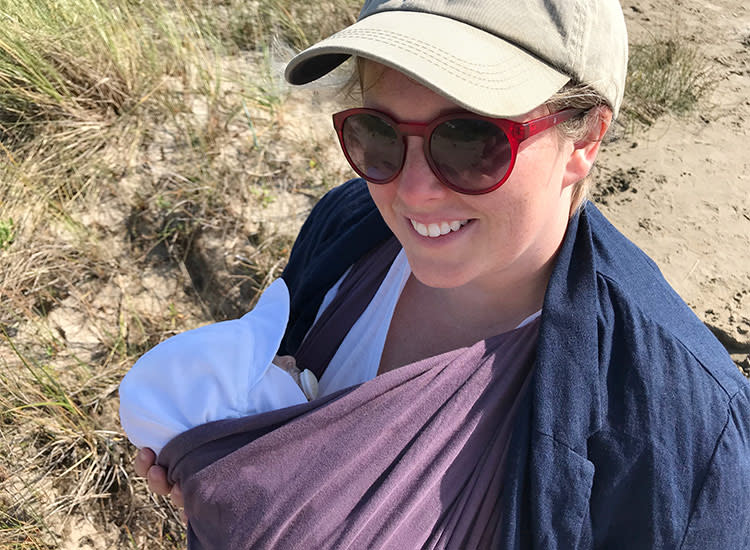 What’s your best advice for new moms you wish someone told you?

Your children are only babies for a year or two. Parenting children is pretty different from parenting babies, so if you’re freaking out, don’t worry. Also something I come back to when making parenting decisions, especially in the baby phase: What would you do if no one but you and the baby knew? When I read this advice somewhere online I quit cloth diapering the next day—ha! I’ve found it really weeds out the things you do to keep up appearances, or the stuff you think is “best” but might not be best for you, your particular baby or for your family as a unit. Or even just that moment in time.

What’s something you discovered about yourself after becoming a mom?

So much. Maybe learning how bad I was at communicating what I need or want, even to myself. Before kids, it was a lot easier to go with the flow and be more of a people pleaser, doing what I thought was the right thing and toeing the party line in the way most of us do. But suddenly, you’re a parent, you haven’t slept, you’re under a lot more daily stress and you’re supposed to be keeping it together. I had to have a real reckoning. I had to write my book! And go to therapy.

How was your second pregnancy different from the first?

Pregnancy was just all around less of a big deal the second time. I was much, much less anxious, partly because we planned for it and knew what to expect. On the other hand, I knew what I was getting into! Every time I wanted to complain about pregnancy, I reminded myself the hardest part was to come. “The fourth trimester” filled me with dread. Though in the end, I gave birth to one of those trick second babies who sleep all the time and turned me into one of those women who say things like, “I love the newborn phase!” Though I know better than to ever say that to anyone who is currently in it!

Occasionally giving formula to my mostly breastfed second baby has been the most liberating, beautiful thing. It feels so much less oppressive knowing we always have a backup plan and it doesn’t always have to be on me if I don’t want it to be. Having the option to take a break makes it possible for me to keep going.

Thankfully, I had a lot of supportive, understanding friends who text-coached me through all of my hang-ups. Also, a great therapist. That’s another parenting hack—therapy. There are many amazing therapists who specialize is postpartum issues.

Do you have a guilty mom pleasure?

Probably all of the hours I spend staring at my phone while breastfeeding. I keep leaving books nearby and installing apps that shame me about phone usage, but I can’t stop reading parenting forums. I’ll be reading all about somebody’s terrible in-laws and just dismissing all these judgmental pop-ups that say: You have spend six hours on your phone today!

Do you think you’ll write another book?

I am writing another book now! I’ve been working on it for a few hours every Saturday morning. The book is a novel set in 2008, so I drink too much coffee and try to feel 24 again while my husband is at home with the kids. It has, blessedly, absolutely nothing to do with motherhood.

PPD Changed This Mom’s Life, Here’s What She Wants You to Know

How to Tell If You’re Experiencing Postpartum Anxiety 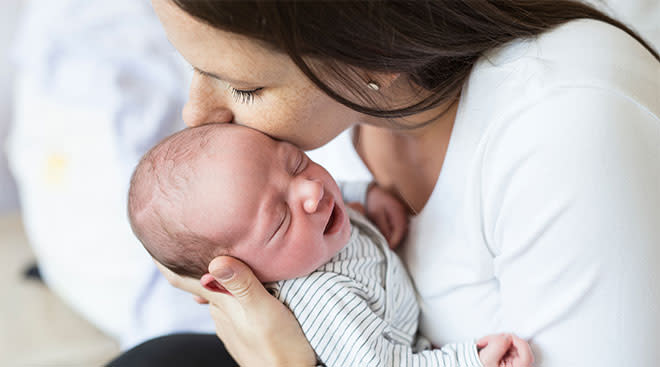