Why I Decided to Break Up With Breastfeeding

“I fiercely believe that a happy mama means a happy baby.” 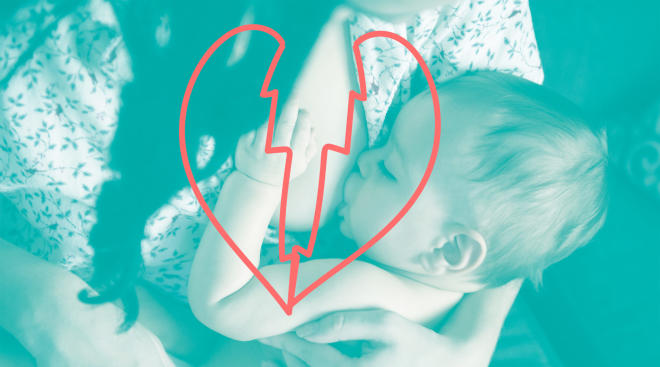 I recently broke up with breastfeeding. My son is 6 months old, and it was time for me to call it quits. I work from home and had a pretty strong supply, so, naturally, the first question I get is, “Why?”

Let me first say this: No matter how you choose to feed your newborn, there will come a point where it will reduce you to tears.

Maybe it’s nailing the latch, finding the right hold or trying to boost your supply that’s driving you over the edge. Maybe it’s because you’re struggling to find the best formula or get baby to take a bottle. Maybe it’s because you have mastitis, clogged ducts or nipple blisters. Perhaps it’s the amount of time you spend pumping, or because you desperately wanted to nurse and it’s just not working out. It could be the guilt you feel because you just don’t like breastfeeding, or the simple fact that nursing can be really painful (particularly in the beginning). I could go on and on, but the truth is, for some women, keeping our babies fed comes easily and naturally—while for others, it’s a crazy struggle that isn’t always enjoyable.

As for my own relationship with breastfeeding—well, it’s complicated. So many new moms have this beautiful connection to it, but that was just never the case for me.

I was only able to nurse my firstborn for eight weeks, because of back-to-back cases of mastitis and a baby who didn’t agree with my milk. It was a stressful combination to say the least, and I threw in the towel because the anxiety alone was debilitating. And that was the right choice for me. I have said it a million times, but I fiercely believe that a happy mama means a happy baby.

When my son was born, I was determined to give breastfeeding a try again. I wanted to do the same, if not better, for him than I did with my daughter. My goal was to feed him for six months, and I made it. The breakup, however, proved to be more complex than I had anticipated.

I’m in that rare category of woman known as an “overproducer.” Countless moms struggle day in and day out to build enough of a supply to feed their babies, and it can often be a heartbreaking experience—so I know this might sound like a champagne problem. But I assure you it comes with its own set of issues. My overproduction caused painful engorgement and constant clogged ducts. If I pumped to relieve or clear the duct, I was signaling my body to produce even more. And because I have fibrous breast tissue, I was also prone to developing mastitis. I’m not sure what caused my nipple blisters, but I got those all the time too. My boobs were in total control of my life.

Making it six months was a huge win for me, and I was ready to be done with pumping, storing, nursing, sterilizing and constantly feeling like I was in a race against the clock. Simply put: Breastfeeding isn’t easy or enjoyable for everyone. I felt victorious in making it as long as I did, and I decided it was a good time to wean.

What I didn’t expect, however, was the emotional fallout. While I was ready to resume control over my own body again, and I knew my son would be perfectly healthy on formula, I didn’t realize my relationship with nursing was as much about doing what was best for my son as it was a sort of postpartum therapy for me.

I had a high-risk pregnancy with my son, and because of that, I felt an increased pressure to do what was best for him—after all, he was my miracle! When it came to nursing, I thought it was the one thing I alone could do for him, the one thing that let my baby know I’m his mama, since it’s a bond only he and I could share. Which meant that, while I was beyond ready to be done with breastfeeding physically, emotionally, I wanted to hang on for dear life.

I opened up to a girlfriend about these feelings, and she was as nurturing as anyone could have hoped for. Having nursed both of her children for a year, she passed no judgment on my decision. Instead, she offered support and encouraged me to follow my instincts, and quickly batted away my feelings of self-doubt.

“Leslie, you’re his mom,” she said. “He will always know that. You’re his only mom. There is so much he will need throughout his life that only you can give him. It doesn’t matter if you breastfeed or formula feed, you’re the mom. He’ll never forget that, so you shouldn’t either.”

I can’t tell you how much I needed to hear that. And I realized this: I have plenty of things I could tell a therapist, none of which are, “well, to begin with, I was formula fed…”

So I hope this can serve as a gentle reminder to all mamas that you’re doing your best, and you are the only person who knows what is right for you and your family. The love your child will have for you isn’t determined by how you choose to feed them. In fact, I venture to guess that caring enough to do whatever is best for your family is the greatest way to ensure a home filled with health and happiness.

Leslie Bruce is a #1 New York Times bestselling author and an award-winning entertainment journalist. She launched her parenting platform Unpacified as a place for like-minded women to come together on relatable ground, no matter how shaky, to discuss motherhood through an unfiltered, judgment-free lens of honesty and humor. Her motto is: ‘Being a mom is everything, but it’s not all there is.’ Leslie lives in Laguna Beach, California with her husband, Yashaar, their 3-year-old daughter, Tallulah, and newborn son Roman.