How to Parent an Extrovert When You’re an Introvert

“I felt I was parenting an alien species with a shock of blonde hair and my dimples. We had no idea what to do with each other.” 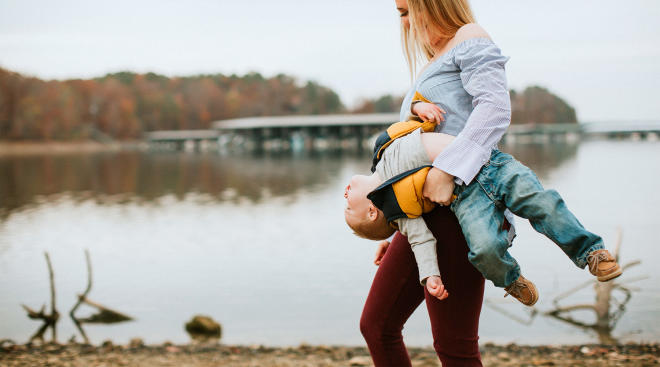 In those first years of motherhood, I was convinced my son, Jake, was trying to infiltrate my psyche and destroy me from within.

I was an introvert who loved alone time, rejoiced in cancelled plans and harbored a legit phobia of chatty salesmen. On the other hand, he was like a little golden retriever with an acute case of FOMO, and one the most optimistic, people-loving, extra extrovert I’d ever encountered. I’d watch him bouncing around, invading personal space, chatting up strangers and getting permanently distracted by loud noises. I felt I was parenting an alien species with a shock of blonde hair and my dimples. We had no idea what to do with each other.

One night, I dragged myself to our room after tucking Jake into bed and collapsed face down onto the comforter, saying to my husband with muffled defeat, “I’m not enough for him. I’m not the right parent for him. He’s disappointed every single day.” I was looking for some pity and a hug, but without skipping a beat, Steve said, “Then try being a good parent just two days a week.”

I snapped my head out of the pillows with an indignant, “What?”

“Think about it,” he continued casually. “You two are opposites. If you always do what he wants, you’ll die. And if you plan every day just how you want, he’ll be miserable.”

“Pick two days a week and plan ahead in scheduling a few things that make Jake feel loved. That way you know it’s coming, you can gear yourself up, and then you can recover.”

My current plan was attempting energetic perfection every morning, getting soundly defeated by breakfast, and then spending the rest of the day circling the drain of survival. It was not a good plan. But maybe I could do two days a week.

So in an effort to find some common ground with my polar opposite, here are the tactics I tried:

1. I turned to the wisdom of therapists through the Lasting app. Lasting, the nation’s leading relationship counseling app backed by The Bump parent company, offers a parenting series that proved incredibly helpful as I developed our “connection game-plan.” It also has a great series on co-creating family culture and gave me a useful crash course in parent conflict. Steve and I sometimes have different thoughts on raising our boys, and finding common ground through calm communication helps greatly.

2. I took the Love Language for Kids assessment. The results revealed what I’d feared: my son’s top two (acts of service and quality time) were my lowest two (just give me a puppy and tell me I’m pretty). At least I had some information and specific ideas to help me launch a basic plan.

3. I paid more attention to his interests and asked questions. From there, I took an inventory of what I could handle. Figuring out the things we both enjoyed was key, and that took some trial and error. Turns out, I enjoyed coloring or playing cards for an easy hour, but my threshold for digging in the dirt and/or killing zombies was about four minutes. The children’s museum was a total bust, but plating his lunch like a gourmet chef topped the charts. When we were loudly playing Go Fish in a crowded restaurant while stuffing our faces with cheesecake, it was also much easier to put my phone down and engage with him than when my ears bled from his Minecraft play-by-plays.

4. I introduced him to more things I enjoyed. In addition to reveling in the joys of cheesecake, we incorporated baking lessons and watercolor classes into our days. In the end, it became clear that he’d be happy unclogging the garbage disposal or standing in line at the DMV, as long as we did it together.

As our relationship grew over the years, we learned to appreciate each other more. He lets me wield him like a human shield against elderly church small-talkers as my warm and social proxy. In turn, I slam back a double espresso, don my extrovert riot gear and take him to more birthday parties and school activities. Deciding to make the change from “daily failed perfectionism” to being a good mom two days a week has strengthened our relationship and introduced really neat and unexpected connection points. Like transforming our kitchen into “Jacque’s Gourmet” and dishing up hearts of chicken nuggets on a bed of Cheetos, served lukewarm with a side of love.

Cassidy Doolittle is a psychiatric nurse turned stay-at-home mom who lives with her family in Texas.