A military mom shares what sacrifice means to her. 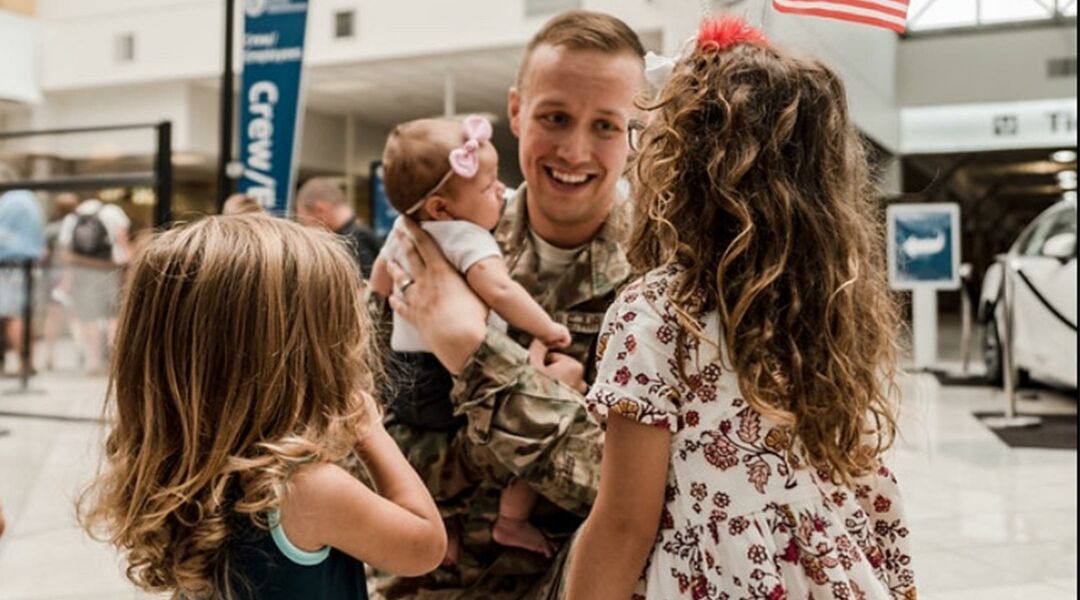 Chelsea Enders is a mom of three living in Ohio. Her husband, Brooks, was deployed in the Middle East with the Air Force for 201 days—including during the birth of their third daughter. Here, she explains what that separation was like.

I am just like any other mom. I have my ups and downs. There’s good days and bad days, and there are days where my sanity relies heavily on the strength of my coffee and the entertainment factor of today’s PBS lineup.

But for my third pregnancy, I wasn’t like every other mom. This time, I was alone, so alone. My husband was deployed, and 6,000 miles (and the crappiest phone connection ever) separated us.

Luckily, I was not alone in the delivery room. My amazing little sister held my hand and my doula stood by my side. My husband’s voice, through my iPad, whispered behind me in a broken connection.

All of these wants quickly disappeared when we ventured home. There was no time to daydream about having him with me. There I was, grocery shopping with a 5-year-old, a 2-year-old and a 5-day-old. Alone. There I was pulling all nighters with three kids, for days at a time, alone. Days, weeks, months, spent alone. Memories he missed. Moments he missed. All of it missed.

But I learned something about myself: I was enough. I know that now. I was alone, but even in those broken moments of overwhelming chaos, I was enough for my daughters.

This is called sacrifice, y’all. My husband sacrifices his time and his freedom to protect all of ours. You see him in his uniform, you thank him for his service and sacrifice. But what was it he was sacrificing? So much. His safety. His family. His relationships. His children. His moments that he’ll never get back.

And what was his family sacrificing? Who did he leave at home? A struggling wife. Two daughters that simply wanted their dad. A baby who he met through a computer screen.

This is the story for many, many more families than you’d think. But we don’t scream it to the mountaintops or plaster it on our social media feeds. We sit in the silence, alone, and dig our way out. We hold on. We hold on so tight until the day our soldier comes home. We may have felt like we were drowning, but we never went under, because we are enough.