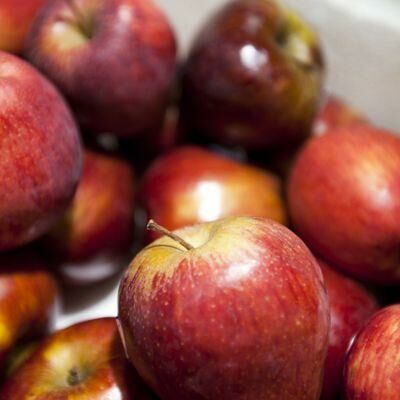 Eating fruits and veggies is never a bad thing, right? You’ll just want to make sure you wash them first, since a new study links their pesticide residue to a decline in sperm quality.

You already know pesticides are pesky when it come to baby making — studies have linked pesticide exposure during pregnancy to autism. But this study — published in the journal Human Reproduction — is “the first report on the consumption of fruits and vegetables with high levels of pesticide residue in relation to semen quality,” according to its authors.

The guys that ate a ton of fruits and veggies with higher levels of residue? They had 49 percent lower sperm count and 32 percent lower percentage of normally-formed sperm than those who ate the least. But researchers aren’t encouraging guys to abandon healthy foods for the sake of fertility.

"These findings should not discourage the consumption of fruit and vegetables in general, says Jorge Chavarro of Harvard’s T.H. Chan School of Public Health. “In fact, we found that total intake of fruit and vegetables was completely unrelated to semen quality. This suggests that implementing strategies specifically targeted at avoiding pesticide residues, such as consuming organically-grown produce or avoiding produce known to have large amounts of residues, may be the way to go.”

When it came to fruits and veggies with low levels of pesticide residue, researchers found men who ate more actually had higher levels of normally-formed sperm.

This Gene May Be Why Some Men Are Infertile, Study Says
Article saved.Go to My Saved Articles
Article removed.