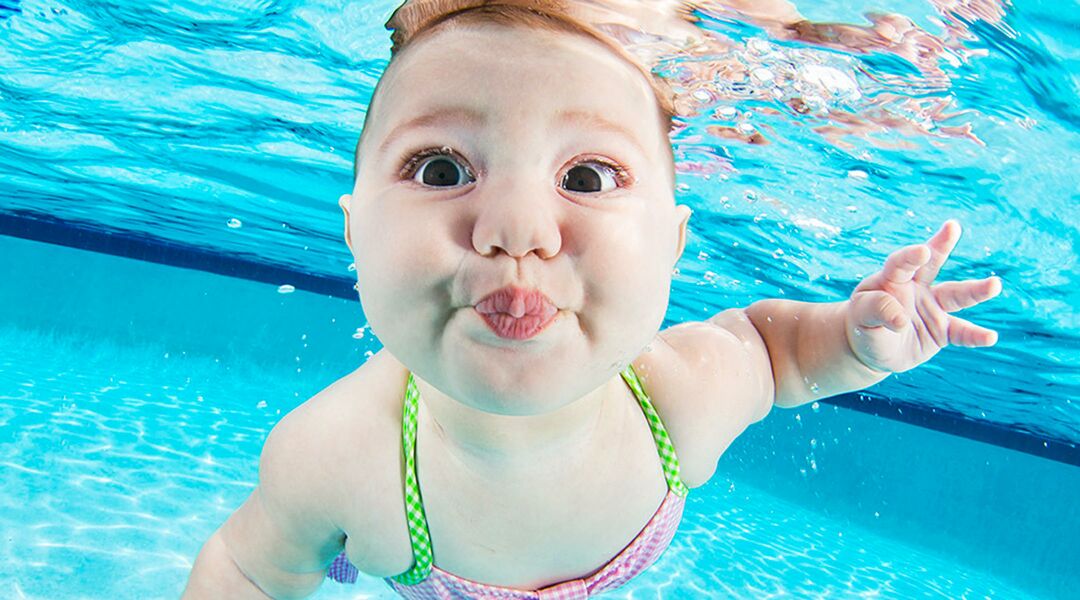 Photographer Seth Casteel has already done adorable portraits of dogs and puppies underwater, so his natural next step was documenting tiny humans in their very first plunges underwater.

Casteel’s book Underwater Babies contains over 70 photos of babies in the midst of supervised swimming lessons. The photographer told the Huffington Post that the babies, whose ages range from 4.5 months to 17 months, only went underwater “once or twice, for just a second or two” during their lessons.

Casteel’s goal for this photo series isn’t just to melt our hearts and make us giggle — although with his knack for capturing goofy facial expressions, he’s succeeded in that aspect anyway. The photographer wants to raise awareness about the importance of teaching young children to swim to lessen the risk of accidental drowning.

“Nobody is immune to tragedy, but by taking the proper steps, we can help to prevent one from happening,” the photographer told the Huffington Post. The American Academy of Pediatrics agrees, saying that children from ages one to four who’ve had formal swimming lessons may be less likely to drown. For parents who want to start the process for their little one at an even younger age, Infant Swimming Resource teaches babies as young as six months old very basic techniques, like swimming up to the water’s surface, flipping onto their backs and floating.

The idea can seem startling, but as Casteel shows in his book, you have nothing to worry about as long as baby has proper supervision. Pick up the book on Amazon and check out some of our faves below.