Physical Activity: Does It Help or Hurt Your Fertility? 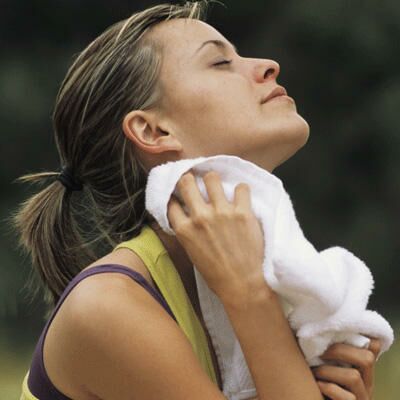 New research appearing in the American Journal of Human Biology suggests that a woman’s reproductive functions may be tied to her immune status. While previous studies have found this same immune and reproductive association in men, this is the first time the association has been found in females.

Beginning by speaking of animals in general, Kathryn Clancy, anthropology professor at the University of Illinois who led the research, said that first and foremost, “an animals energetic resources must be carefully allocated. The body’s first priority is maintenance, which includes tasks inherently related to survival, including immune function.” From there, Clancy said, that any remaining energy is dedicated to reproduction. And due to a “resource allocation” to maintenance and reproductive efforts, often times environmental stressors can lessen the available resources.

In the case of human reproductive and immune system status, Clancy and her team of researchers studied healthy, premenopausal rural Polish women who participated in traditional farming practices. Researchers collected saliva samples and urine samples from each woman during the harvest season, when physical activity levels for each woman were at their highest. They found what previous studies had shown: the highest levels of ovarian suppression occurred during the harvest season due to the fact that the physical work constrains available energetic resources.

Researchers measured each participants’ salivary ovarian hormone levels daily over the course of one menstrual cycle and tested urine samples for levels of C-reactive protein (CRP), which is a common marker of inflammation. But researchers observed a negative relationship between CRP and progesterone in the Polish women: when CRP was high, progesterone was low. Clancy said, “Depending on the other factors that you look at alongside it, CRP can tell you about immune function or it can tell you about psychosocial stress, because CRP has been correlated to both of those things in other populations.” Researchers also found that estradiol and the age when a woman first started menstruating were the strongest predictors of CRP levels.

While Clancy noted that it is still too early on in the research to tell whether or  not these correlational relationships could indicate a causal relationship in which inflammation suppresses ovarian hormones, she does believe that there are two possible explanations for why these inflammations suppress ovarian hormones: “One is that there is an internal mechanism, and this local inflammation drives higher levels of CRP, and that is what’s correlating with the lower progesterone. The other possibility is that there is an external stressor like psychosocial or immune stress driving allocation to maintenance effort, which in turn is suppressing ovarian hormones.”

Clancy believes that her research will help women understand their bodies better — and understand why they reproduce when they do. “From an anthropological perspective,” she said, "these trade-offs are really important because they help us understand the timing of different life events: Why does someone hit puberty when they do, why do they begin reproducing when they do, why do they space babies the way they do? It’s really interesting to see the interplay between a person’s intentions about when and why to have children, and then their own body’s allocations to reproduction or not,” Clancy said.

What do you think of Clancy’s research? Is she right in thinking that our bodies reproduce due to harmony with our immune system?