“My role was to guide and build tools so our child would be a critical thinker, able to trust herself as opposed to buying into whatever was said by parents, society or culture.” 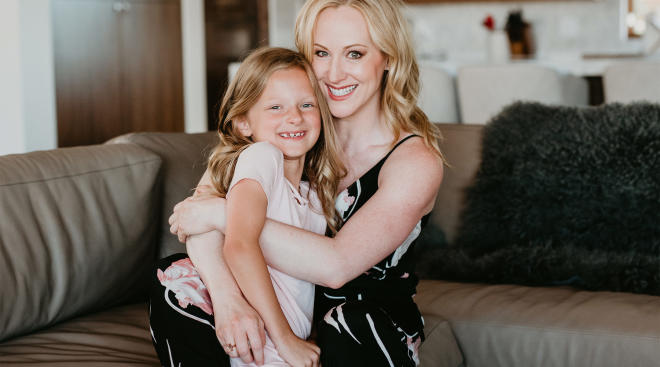 My husband and I spent three years trying for a baby and in that time had the opportunity to discuss what kind of life we wanted to create for our child. As an atheist he asked me to construct any and all conversations around faith and belief systems because he didn’t want our child to be “cynical like Dad.” We were on the same page about mindset, confidence and friendships, and when our marriage ended several years later, we were always able to circle back to those conversations—our foundation—as we stepped into our roles as incredibly prepared co-parents. We have always been in lockstep when it comes to our daughter.

From the moment we talked about having a family, I thought of myself as my child’s life concierge. My role was to guide and build tools so our child would be a critical thinker, able to trust herself as opposed to buying into whatever was said by parents, society or culture. When we found out we were having a girl, I also announced she would be a feminist and there would be no dolls, toy vacuum cleaners or Tyco kitchens as gifts. That effort was rather short-lived. What they don’t tell you is that children come with their own opinions and preferences, and Disney Princesses were included in Olivia’s rider.

Olivia asked me once how it is that I’m such a great mom, and I explained “the pause.” Before I answer her questions or cries, I do two things. First, I imagine her in a future event and how the messaging or answer I provide her will serve her future self. My goal is to build her into a strong woman, friend, mother or partner, not manipulate, quiet, appease nor coddle. Second, I then imagine what I would’ve wanted from my parents in the same moment. This pause has created some exceptional conversations and learning moments for both of us.

Olivia knows my pause. She respects my pause, because she knows I’m being thoughtful, and now she is too. She takes her time making decisions and weighing options and possible outcomes. I’ve modeled critical thinking for her and offered her a chance to work through her own decisions with me.

Olivia is also talented at sharing her boundaries, something I was never able to do as a child. She very respectfully once told me, “Mama, it really embarrasses me when you call me by my nickname in front of the kids at school. Will you only do that in private?” I thanked her for sharing her boundary with me and then I honored it, which establishes me as a trustworthy adult in her life. I want to be the first person she calls when something hard happens in her life. While most adults think a child expressing boundaries is willful or defiant, it’s really adults’ discomfort that creates children who don’t know how to stand up for themselves at work, in relationships and life. They’re being told they’re not a whole person with thoughts and opinions about their own expectations, emotions and bodies. 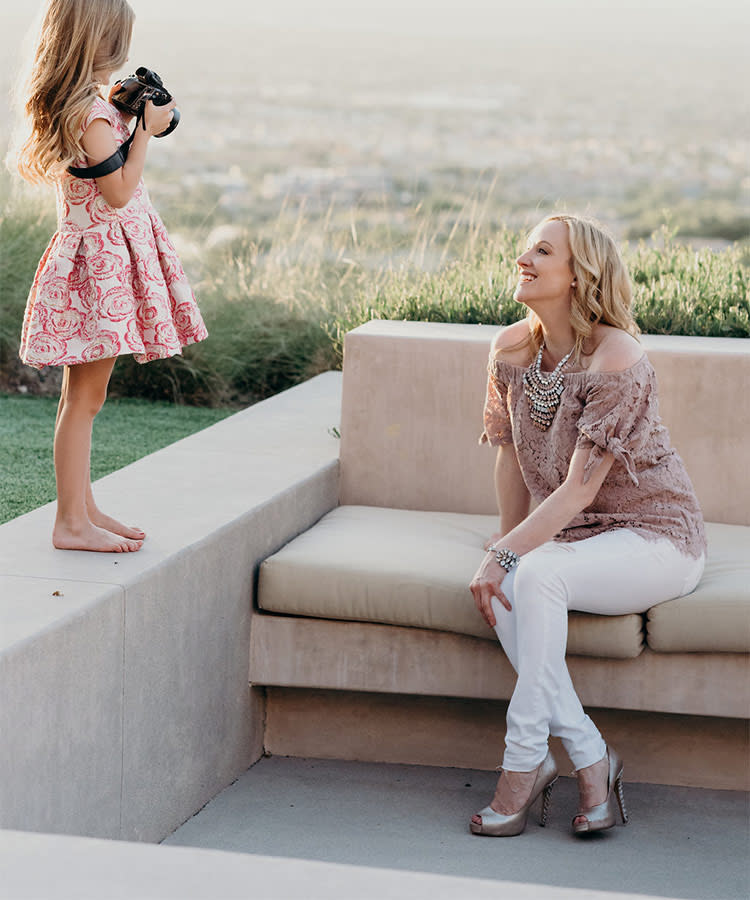 When she was 5, Olivia came home from the Catholic school she was attending and asked, troubled, “Mama, is it true abortion is a sin?” I startled, not expecting to hit on such a deep issue at such a tender age. I took my pause, then asked, “How does it feel in your heart?” She thought about it for a few minutes, taking her own pause, before she answered, “What they told me doesn’t seem right to me. It hurts me.” I explained that the feeling in her heart was her belief. So began a very long-standing discussion around religion versus spirituality and the difference between what people tell you and what you know in your heart to be true.

This path I’ve been on with my daughter has caused me to dig deeper into the messaging we receive as children and its hold on our lives on a go-forward basis. This entire premise was the foundation of my first book, LORE: Harnessing Your Past to Create My Future. I interviewed women about their beliefs and found there was a direct correlation between the way a mother viewed her own body and roles within the home and the daughter’s self talk. Dad’s views on women and the female body also seriously contributed to his daughter’s future relationships with men. So many shared their own issues with self-esteem, feelings of worth and whether they could receive love or if they even deserved it.

Not one person in their lives came out and told them they weren’t worthy or unlovable, but children soak up the actions, emotions and interactions of their environment. They take in the social, cultural, generation and religious programming they’re exposed to and carry it, line after line, to be relived over and over again until a brave parent sits up late at night with their partner and asks, “What kind of child do we want to raise? What kind of parent do I want to be?”

Start there. It’s a beautiful place to create a foundation. It offers a new paradigm and the opportunity to end cycles that no longer serve your storyline or family.

After 23 years in finance, Jeanette Schneider hung up her executive title and retired from a highly successful career to advocate for women and girls in life, love, the boardroom and the marketplace. She is now the President and CEO of LIV Media, as well as an author and speaker. Jeanette’s first book, LORE: Harnessing Your Past to Create Your Future, was released September 2018, and in January 2019, Jeanette launched her podcast, Gold with Jeanette Schneider, which shares weekly episodes with wisdom, insights, and gold from industry experts living their best lives. Jeanette is also the founder of Lore Advocacy, a network of professional women whose goal is to inspire women to change the world through a gender lens of equality, self-actualization and the fearless shattering of glass ceilings. She lives in Las Vegas with the love of her life, her daughter Olivia, 7. Visit her website jeanetteschneider.com and connect with her on Instagram @ms.jeanetteschneider and on Twitter @msjwrites.