Is Spanking Children Ever Okay?

A whopping 70 percent of parents think spanking children is okay, but research points to lasting negative effects. Here’s why—and how you can discipline in other ways. 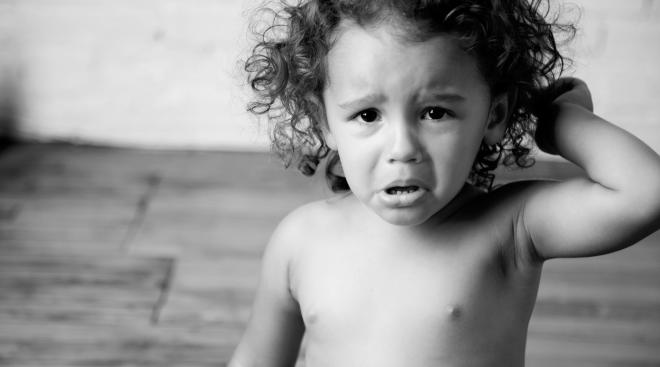 We totally get it. When your kindergartener won’t stop bouncing a ball in the living room, refuses to take the time-out you just ordered and talks back with impunity, it might take every ounce of self-control to keep yourself from spanking your child. While many US parents believe in the benefits of spanking, research suggests that the form of corporal discipline can have long-lasting negative effects. Here, we take a close look at the possible pros and cons of spanking children, as well as other strategies for disciplining your child.

In this article:
What counts as spanking your child?
The effects of spanking children
Alternative forms of discipline

What Counts as Spanking Your Child?

When we talk about spanking children, what, exactly, do we mean? Does a stern slap on the wrist count? “When the average person is looking at spanking, they’re thinking of the old put-a-child-over-your-knee sort of thing,” says Frederic Medway, PhD, a professor of psychology at the University of South Carolina. But the actual definition of spanking varies a bit. “We think of spanking as a physical punishment administered to the backside of a child, most often with an open hand,” he explains. “It’s also considered spanking when an object is used, such as a ruler, stick or switch. However, other parents will sometimes use a variation of corporal punishment. It could be something like hitting a child over the hand with a ruler.”

There’s been significant research on corporal punishment and what counts as spanking. “We have a definition that we work from: the direct or indirect infliction of physical discomfort by a person in a position of authority over a child to stop unwanted behavior, prevent an occurrence in unwanted behavior or because a child failed to do something he was supposed to do,” explains Ronald P. Rohner, PhD, a professor emeritus at the University of Connecticut and director of the Center for the Study of Interpersonal Acceptance & Rejection. “It doesn‘t have to reach a level of pain.”

The Effects of Spanking Children

An old-school mentality is that spanking children is the best way to keep them in line. While sometimes that might feel like an outdated attitude, Medway says research shows that 70 percent of people in the US think spanking is okay, and by a conservative estimate, 50 percent of parents in this country actually hit their kids. “The best predictor of a child being spanked by an adult is whether that adult was spanked themselves as a child,” Medway says. “That shapes their attitude. They think, It worked with me, it’ll work with my child.” Spanking children also seems to be part of particular subcultures, he says. For instance, it’s more prevalent among impoverished families, very religious households and the southern regions of the US.

While spanking children is a form of discipline, most experts argue that it’s not an effective form of teaching. “The child cries and stops the behavior, only going back to doing the same thing moments later because he never truly learned the lesson,” says Deborah Tillman, a parenting and child care expert on Lifetime TV’s America’s Supernanny. “He also begins to connect violence as a way to resolve conflict. So unless a parent is teaching their child to be violent or aggressive, then spanking serves no purpose except to stop the behavior for the moment. Intentional and purpose-driven parents, however, don’t just discipline to get results in the moment. They lead, guide and direct to teach and transform their child’s behavior for a lifetime.”

While spanking children isn’t typically considered child abuse per se, it can veer into child abuse, depending on the method. That’s why Medway believes in at least one important guideline to avoid crossing the line: Do not spank in anger. “It should never be administered when a parent or caregiver is angry,” he says. “However, we know that guideline is broken many, many times. When parents are hitting or spanking children, the anger is coming across.”

Many experts believe that spanking children is never effective and never acceptable under any circumstances. “There is zero evidence that it produces any positive development in the short or long term,” says Jeff R. Temple, PhD, a professor of psychiatry and behavioral sciences at the University of Texas Medical Branch in Galveston. “In fact, that’s what’s so frustrating about this topic—if corporal punishment was effective, then maybe we can ignore some of the harmful results. The fact that it’s harmful and doesn’t work means there’s no reason to continue this practice.”

Much of the research on spanking children bears him out. However, Rohner believes the research often shows only the negative effects because specific circumstances aren’t taken into account. “Very few studies do a more nuanced approach to see how frequent the punishment is, how severe and how deserved it was in the eyes of the child,” he says. “Most important, what we found in our work is that if the child perceives the punishment as being fair and deserved—not harsh or severe in the context of what the child experiences as a loving family—it doesn’t have any of the negative effects. The research literature tends to put together all forms of spanking and punishment, including the severe stuff. If it’s perceived as a form of rejection, then it does have negative consequences for children.”

In order for spanking children to be an effective form of discipline, parents should never use excessive force. “It’s important to reason with children so they understand why they’re being punished,” Rohner says. “If a child lives in a family where he experiences a lot of love, caring, nurturing, comfort and all the things of acceptance, then he understands why he is being disciplined and there are alternatives to his behavior. Kids will understand a swat, slap or spank, know they don’t like it, and it can be effective. In that context it won’t have any negative effect in the long term and can have a positive effect.” For instance, before spanking your child, patiently explain what he did wrong so it’s clear why he’s being punished. Done in this way, there’s a chance a child can understand why he’s being spanked and change his behavior for good.

There are many, experts say, including a link to dating violence, according to a recent Journal of Pediatrics study. “Experiencing corporal punishment as a child was related to dating violence perpetration in later intimate relationships,” Temple, the study’s lead author, says. What’s more, he explains, even though specific populations are more likely to spank children, the negative impact cuts across those lines, and everyone is affected. Temple notes that the study controlled for child abuse, and yet spanking still contributed to the perpetration of dating violence. The results show only a link between the two, not a cause and effect, but Temple has a theory about the association: Those who were spanked, he says, resort to abuse because they’ve learned that violence is a “quick and easy way to solve conflict.” Since it worked for their parents, they assume it’ll work for them. “From a social learning perspective, kids learn how to act from others, especially when those others are close to them and held in high esteem,” he says. “In other words, parents.”

Another study found that spanking children can lead to mental health problems (such as depression, suicide attempts, drinking and drug abuse) when they become adults. Depending on other factors, including aspects of family life, spanking kids has also been linked to adult aggression, anxiety, PTSD and engaging in risky behaviors, as well as a host of physical health problems, including reduced life expectancy.

“Violence begets violence, no matter how we attempt to justify hitting our children,” Tillman says. “It’s my belief that we should model the behavior we want to see in our children. It makes no sense to hit a child for acting out and then to tell the child not to hit his sister when she takes his toy.”

Instead of spanking children, there are ways to discipline them that can be just as effective—and a lot more positive. The focus should be on rewarding positive behavior, Medway says, and it’s crucial to be consistent—from the parents to the grandparents to the caregivers. “Everything will break apart if kids are getting mixed messages,” he says.

Instead of spanking or showing any form of aggression in front of the child, you can try issuing time-outs, taking away privileges and sending kids to their room. When children do something wrong, show them the right way to behave, Medway says. He puts young kids on a simple behavior therapy program, which includes a chart with goals. They earn stars for good behavior, which are turned into rewards at home, such as going to the movies or a small gift. “You gradually train the child to become used to those particular kinds of behaviors, so they become a habit. Not only do children learn a positive response, but they’re also raised in a positive environment, so they feel good about themselves and are rewarded for working hard.”