Study Reveals Major Reason Why So Many New Moms Stop Breastfeeding – but Should They? 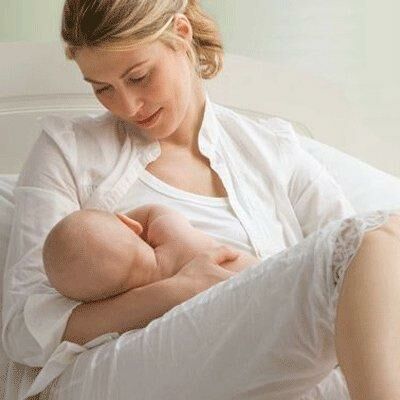 A new report, published in the journal Pediatrics, conducted more than 2,700 interviews with 532 first-time moms after giving birth and found that women who worried — from the start — about their ability to nurse their infants were more likely to switch to formula sooner than those who didn’t share those same concerns.

Researchers met with new moms just 24 hours after they’d delivered and followed them through 60 days postpartum. The found that on a new mom’s third day postpartum, more than half of the 532 women were worried about their infants’ ability to latch on. More than 44 percent raised concerns over breastfeeding pain and 40 percent worried about their capacity to produce enough milk to nourish baby. The results of the most recent study echoed earlier studies that found that new moms typically don’t have the proper support and education about breastfeeding, which can lead to anxiety and a greater likelihood of stopping nursing.

Researchers also noted that the bias on women breastfeeding in public may also add to the pressure new moms feel. Not only are they trying to get comfortable nursing baby in private; they’re also trying to do so in public. The authors of the current research suggest that more efforts should be concentrated on the final days of pregnancy to answer women’s questions about nursing and to reduce any anxiety they may have about the breastfeeding process. They advise that building the confidence in women before breastfeeding even begins may help more women stick with breastfeeding.

Do you think having more supports in place for women would help them breastfeed?