5 Ways Parents Can Blast Gender Stereotypes Before They Take Root

Babies as young as 10 months old start soaking up gender stereotypes. Here’s how you can tackle gender distinctions before they really set in. 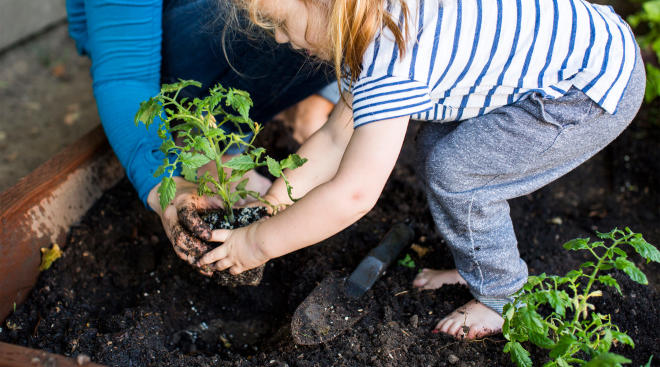 You might not realize it, but kids start observing and absorbing gender stereotypes from a surprisingly young age. Your 10-month-old likely can’t say “mama” or “dada” in context yet, but research shows your child’s brain is already gobbling up gender stereotypes and linking certain objects, like scarves or hammers, to women or men. Shocking, right? But it makes complete sense. Babies observe (and take in) everything, including the gender roles we parade on a daily basis. Thanks to well-meaning but out-of-touch grandparents, traditionalist teachers, pink-and-blue aisles at big box stores and more, gender distinctions are communicated loud and clear, solidifying your child’s ideas about what it means to be a boy or girl.

“Boys and girls don’t start out very different,” says Christia Spears Brown, PhD, director of the Center for Equality and Social Justice at University of Kentucky and author of Parenting Beyond Pink & Blue: How to Raise Your Kids Free of Gender Stereotypes. “But we see a lot of problematic differences emerge as they grow up.” These learned differences regarding gender can affect empathy and confidence in boys and girls, causing unnecessary barriers. And even for parents who champion gender equality, figuring out how to tackle gender stereotypes can feel a bit like sweeping a sandbox with a paintbrush.

The good news: If gender stereotypes are acquired, it means they’re also preventable. Given that your child’s brain is at its most malleable during the first three years, plenty can be done to ensure that your child’s generation isn’t bound by archaic conventions. So how do you go about doing that as a parent? Here are five subtle yet powerful ways to address gender stereotypes before they take hold.

Your own awareness about gender messaging is a crucial first step to raising kids who won’t treat gender as a qualifying personality trait. “Gender stereotypes are really sneaky,” Brown says. “We have to hit pause on cultural messages that kids are getting.” That doesn’t mean you have to ban Barbies or nix Superhero books across the board, but you do have to pay attention to how gender is represented in your child’s world. In the early days, perhaps onesies that boast “Daddy’s Little Princess” and “Mommy’s Little Bodyguard” are better swapped for something gender-neutral (and true), like “Eat. Sleep. Poop. Repeat.” As your child gets older, calling out gender stereotypes as you see them boosts their likelihood of spotting discrepancies themselves.

2. Let Your Child Choose How They Play

When you’re depriving kids of the choice to play with a truck or a doll regardless of their gender, eventually they no longer see the other as a possibility. “It’s really unfair to limit them in those ways,” says Lindsey Brooks, ATR-BC, LMHC, psychotherapist at McNulty Counseling & Wellness in St. Petersburg, Florida. Instead, “Empower toddlers to choose their own toys based on interest and enjoyment, then support their decision. Engage them in conversation about their choices as a way to validate them.” For example, if your son loves playing with dolls, say something like, “Billy, I can tell this doll is one of your favorite toys. Tell me what you like about it most!" This way you’re showing your kid that you support them in making their own choices, and that their opinions are important.

Kids develop a schema—aka a symbolic visual representation of a concept or idea—from an early age, Brooks says. For instance, an 18-month-old might think all animals are “dog,” presumably because they’re furry. But between the ages of 2 and 3, the concept of “dog,” “cat,” and “squirrel” is narrowed down. The schema for “boy” and “girl” follows a similar path. By the time kids go to preschool, they’ve been bombarded with information about gender—via toy selections, clothes, backpacks and lunch boxes, etc.—that solidify their schema for what a “boy” or “girl” is. “It’s one of the first ways to distinguish yourself,” Brooks adds. “Something like favorite color can become a very self-identifying factor.”

Notice how most toddlers love all the colors of the rainbow, but then tend to gravitate to blues or pinks by preschool? To take down those gender stereotypes, emphasize for your kids that certain colors don’t belong to one gender group. Highlight the colors of gender-neutral objects your kids love, such as pink strawberry ice cream or a bright blue slide. “You need to have the color talk a couple of times,” Brooks says. Kids are constantly getting conflicting, sometimes negative feedback when it comes to color preferences and gender roles in classrooms, playgrounds and in the media—so one conversation isn’t going to cut it. Better yet, ask your child to express their thoughts and validate their beliefs. That way, if smart aleck kid tells your child, “pink is only for girls,” he can confidently reply that he likes pink for its brightness and that even star basketball players wear pink sneakers.

“Labeling is so embedded in our language,” says Brown, who makes it a point to change gender-focused labels when talking to her own two girls. “Kids are really smart. They pay attention, and assume that if adults are constantly labeling something, it must be an important characteristic about people.” She encourages parents to avoid gendered third-person pronouns in favor of “kid,” unless it’s relevant in conversation. For instance, instead of saying “that boy is so strong,” you can say “that kid is so strong.”

Brown, who also studies race stereotypes, compares calling out gender to calling out race. You wouldn’t tell your toddler, “that black kid is so smart” or “that white kid is so sweet.” As Brown says, “Knowing someone’s race says little about a person. We constantly label gender, but it doesn’t tell you much about a person either.” This is especially true when referring to people’s jobs. Saying “firefighter” instead of “fireman,” “businessperson” instead of “businessman” and so on can help defy assumed gender roles. “We know from studies that when you label occupational jobs with gender, kids assume only one type of person can do those jobs,” Brown says.

You can also help debunk persisting gender stereotypes by not falling back on traditionally feminine and masculine descriptors when you compliment your kids. “Tell your daughter she’s fierce peddling on her new bike, and your son that he’s gentle when he pets the family cat,” Brooks recommends.

A new report from the Center for Scholars and Storytellers evaluated almost 500 TV programs and over 1,600 characters on major networks, including Disney Jr., Nick Jr. and PBS Kids. It showed that only about one-third of children’s fictional cartoon characters are female, and those female characters are twice as likely than males to be sexualized.

Books aren’t faring much better in representing gender equally. One study analyzed more than 5,500 kids’ books and found that male characters appear nearly twice as often in children’s book titles as female characters and 1.6 times as often as central characters. The lesson here: Diversify your library and screen time. There’s no reason why your child shouldn’t enjoy Blaze and the Monster Machines as much as Doc McStuffins.

If you notice a gender stereotype in a book or show that doesn’t align with your views, call it out with a one-minute conversation. Say something like, “Mayor Goodway might need help from the Paw Patrol pups all the time, but in real life women mayors are excellent leaders and problem solvers.” Brown adds, “Kids understand a lot more than we give them credit for.”

While setting a good example for gender equality at home is an obvious way to break down gender stereotypes, it can take some effort. Family culture is often passed down generationally, and it might be time to tweak it. “The early years are so important for kids as they’re developing a connection to their parents,” Brooks says.

Think about the gender roles you’re modeling at home. Even if your family has a more traditional arrangement where Mom stays home and Dad works, “you can develop a neutral and open-minded gender expectation of the roles you and your partner share,” Brooks says. Maybe that means Dad is in charge of bath time and dishes after work, while mom preps lunches and then heads to her desk to manage family finances. Whatever arrangement your family decides to embrace, there’s always an opportunity to think about your role as a parent and whether it needs to be that way. How is your role helping, and how is it counterproductive? As Brooks says, “Anytime you can self-reflect, there’s a lot more power behind the decisions you’re making and you’re more likely to remain accountable for your choices as a parent.”

Yelena Moroz Alpert is mom to two boys, ages 5 and 2. She is a freelance writer based in Gainesville, Florida. Her first book, Little Feminist Picture Book, is out June 18, 2019.