This Breast Cancer Drug May Double as Fertility Treatment 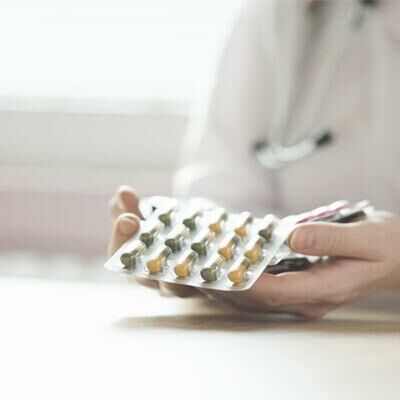 Polycystic Ovary Syndrome(PCOS) affects five to ten percent of women, and, amongst a slew of other problems the disease generates, makes getting pregnant incredibly difficult. To treat PCOS and hopefully spur ovulation, most doctors prescribe a drug called clomiphene citrate (usually referred to as Clomid). It has a 22 percent success rate over the course of six cycles, often results in multiple pregnancies and causes major mood swings. In other words, it’s not the greatest option, but it’s something.

Enter letrozole, a newer drug that is often used to treat breast cancer. In a new study, published in the New England Journal of Medicine, researchers randomly prescribed 750 infertile women who had PCOS either clomiphene or letrozole, and waited up to five cycles to see which one would be more successful.

Because you read the title of this post, you’ve probably figured out by now that letrozole was the more effective of the two drugs. Results showed that 27.5 percent of women on letrozole gave birth, which was only true for 19.1 percent of women on clomiphene. What’s more, patients on letrozole had a lower rate of multiple births as well as a higher ovulation rate than the others.

These findings are encouraging for women with PCOS who are trying to conceive, but there is still a lot of research that needs to be done.

Have you taken a drug for ovarian stimulation?