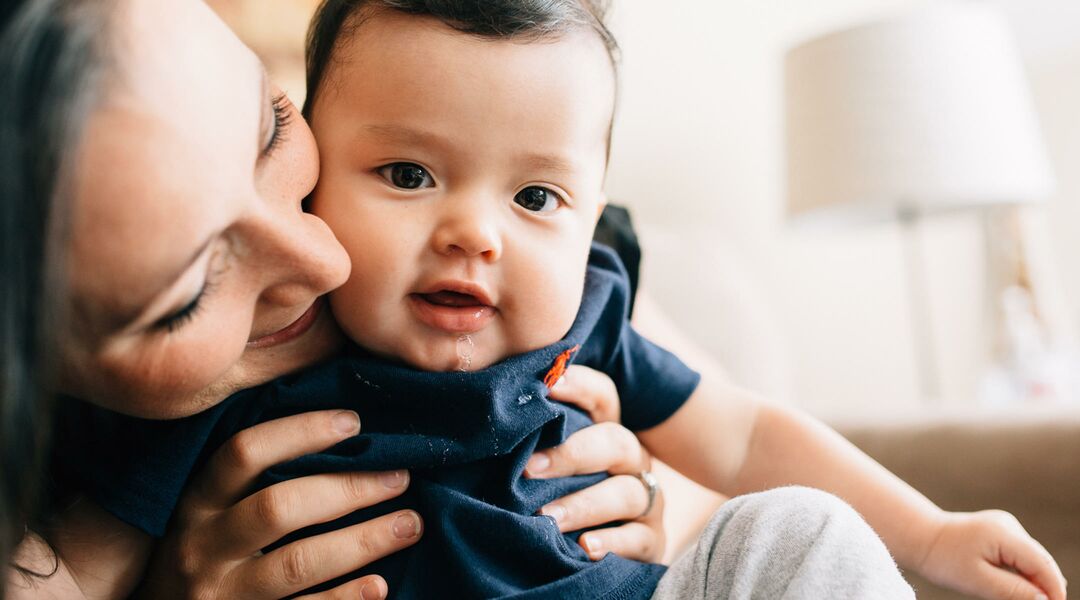 Hey parents, don’t let ‘em tell you nothin’. Turns out, you’re doing it right: According to new research, baby talk is the leading way your adorable little babe is taking in (and learning!) language. So stress the hell outta those vowel sounds and get as high pitched as possible!

Researchers at the University of Washington and the University of Connecticut examined thousands of 30-second snippets of verbal exchanges between parents and babies, measuring parents’ use of a regular speaking voice versus an exaggerated, animated baby talk style (baby talk) and whether speech occurred one-on-one between parent and baby or in a group setting. They found that what spurs early language learning development most isn’t how much you talk to your baby, but in what style you’re speaking to him.

Study co-author Patricia Kuhl said, “What our analysis shows is that the prevalence of baby talk in one-on-one conversations with children is linked to better language development, both concurrent and future.” So the more often parents exaggerated vowels and raised the pitch in their voice, the more their one-year-old babbled (which is defined as the forerunner of word production). Researchers also found that  baby talk was most effective when a parent spoke with a child one-on-one, without other adults or children around. Kuhl says, “The fact that the infant’s babbling itself plays a role in future language development shows how important the interchange between parent and child is.”

The findings, published in the journal Developmental Science, analyzed twenty-six babies at roughly one year. Each wore a vest containing audio recorders that collected sounds from the children’s auditory environment for eight hours a day over the course of four days. Researchers used LENA (known as Language Environment Analysis) software to examine the 4,075 30-second interactions separately. Within each baby’s segment, researchers were able to identify who was talking, how many people were present and whether or not baby talk was used.

A year later, researchers sent parents a questionnaire that asked them to measure how many words their children knew at two years old. They found that infants who had heard more baby talk knew more words. To give you a little more context: Two year olds in the study who came from families who spoke the most baby talk in a one-on-one social context new about 433 words, compared to two year old in families who used the least baby talk (they knew 169 words).

Study author Nairán Ramírez-Esparza said, “Some parents produce baby talk naturally and they don’t realize they’re benefiting their children. Some families are more quiet, not talking all the time. But it helps to make an effort to talk more. What this study is adding is that how you talk to children matters. Parentese (baby talk) is much better at developing language than regular speech, and even better if it occurs in a one-on-one interaction.”

And Kuhl added, “It’s not just talk, talk, talk at the child. It’s more important to work toward interaction and engagement around language. You want to engage the infant and get the baby to babble back. The more you get that serve and volley going, the more language advances.”

Do you practice “baby talk” at home?