Update: Checking in on Megan and Michael’s House Hunt

Find out how the Nebraska family’s search is going so far. 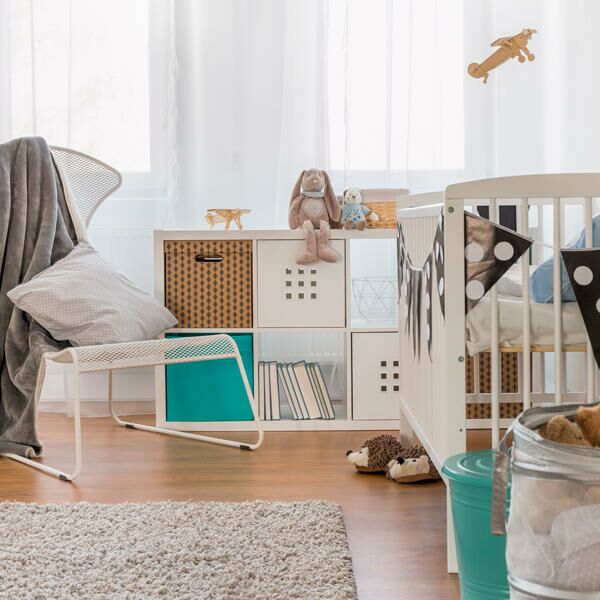 So, you’ve met Megan and Michael and learned about their search for a new home for their family. The latest news? Their current home sold faster than they had expected—after just three days on the market—so the clock is now ticking for them to find a new place that’s within their budget of $220,000

Below, check out the Omaha-area homes they’ve seen so far, from ranch-style spaces that seemed (almost) perfect to houses that were an absolute no. P.S. We think there’s a winner in this bunch.

First up? This one-story home in the family’s current town and preferred school district, Elkhorn. The house has a large kitchen and a walkout basement (total score!) and has the open concept layout Megan and Michael were looking for.

Best of all, the house was listed below market value. Hayli, their real estate agent who is also a Realtor®, a member of the National Association of Realtors®, pulled the comps for the neighborhood so Megan and Michael could see how great the price was: $194,000. “We have to have a house that’s a good value, within or below our budget, and has the potential to increase its value,” Megan says. “We knew it had huge potential for resale because of its location and comps in the neighborhood.” The home two doors down had almost the exact same layout and just two years prior had sold for $235,000.

Now, the downside: The house only has two bedrooms and would need major work to make it liveable for the family. The good news? Michael’s DIY skills could definitely come in handy. 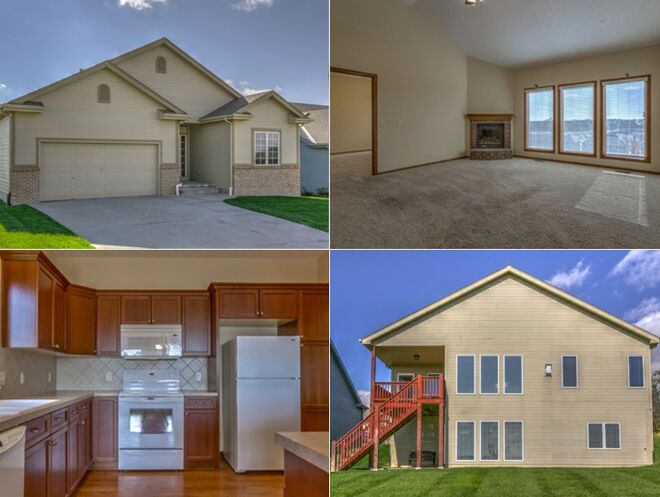 This ranch home, located in the nearby town of Bennington, has a lot going for it. With three bedrooms, over 2,500 square feet, a finished basement and corner lot location, it seemed to check off all of their must-haves, except one big one: It’s not in the Elkhorn school district, which is important since the couple has two little girls, one of whom will start school in a few years.

It was also one of the most expensive properties they viewed—that is, until the price suddenly and randomly came down, which concerned the couple at first. “We wondered if something was wrong with the house, or if it had underlying issues,” Megan says. Hayli reassured them, suggesting that maybe they were just trying to sell it faster. “We do want to stay in Elkhorn schools, but we could settle [elsewhere] if the perfect house came along.” Taking into consideration all of the home’s other benefits, it was definitely still a contender. 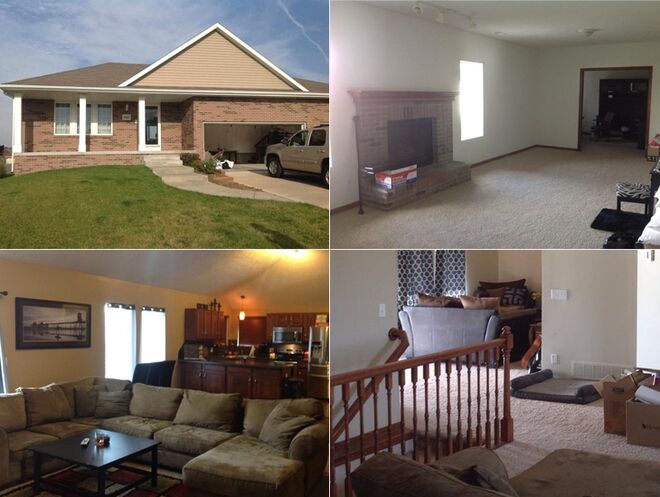 Next up, another single-family ranch home in Harrison that was better on paper than in person. It boasted an open layout, updated bathrooms and a heavily forested lot, all for $179,000, well below their $220,000 budget.

But the layout of the bedrooms was definitely an issue for the family’s lifestyle. “I really wanted all three bedrooms to be on the same floor because of our small children. I don’t want to have to go into the basement to get my crying baby in the middle of the night,” Megan says.

According to Hayli, the house was incredibly well priced for the size and finishes, but they all agreed it wasn’t the right space for the family. “Why move if we aren’t gaining anything? With this home we’d lose our Elkhorn schools, central location, our day care—all for a house that looked and felt the same as our current place,” Megan says. 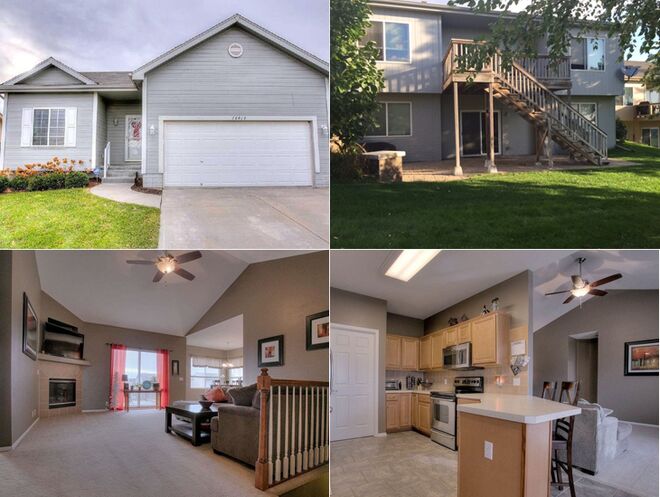 Of course, there were other homes the couple eliminated pretty much right off the bat. One was listed at a great price, but would have required major renovations. They also considered a few townhomes just to see what they could get for their money. “I was looking at a variety of homes because I didn’t want to limit our search and potentially miss out on something awesome,” Megan says. But in the end, they decided a single-family would better suit their lifestyle, making the three homes above the final contenders.

Which house do you think they picked? Check back next month to find out—and learn all about the closing process.