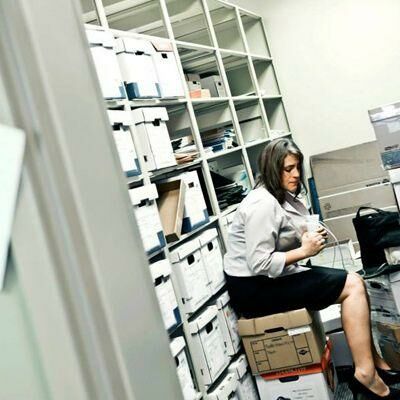 Meet Jessica Shortall, a working mom with a career dedicated to the intersection of business and doing good. As the former Director of Giving for TOMS Shoes, she literally circumnavigated the globe with a breast pump.  Order her upcoming book by Abrams, “Work. Pump. Repeat: The New Mom’s Guide to Breastfeeding and Going Back to Work,” out today!

Breastfeeding and working was one of the hardest things I’ve ever undertaken, but I had it easier than many, many working moms. First of all, I have a mostly desk-based job. Second, I was in a management position at my company and I felt I had the power to make sure I got what I needed. Third — and most important, I worked for a company that was really supportive, where no one ever questioned my right to do what I was doing.

The only thing I had going against me was that as a salaried worker (rather than a wage-earner), I am actually not protected under federal law. Obamacare’s protections for pumping at work only extend to federal workers and women who earn an hourly wage. Everyone else — salaried, non-federal employees — is at the mercy of their individual state laws (you can see the state-by-state protections, and lack thereof, here).

But really, it didn’t matter that I wasn’t protected by law. It’s the employer and the situation that matter. Imagine you’re a wage-earning waitress, so you ARE protected by the law. But your manager tells you you cannot pump at work. Now you’re in the position of putting your job in jeopardy. Your other option is to, what? Take all that cash just lying around your house and hire an employment lawyer?

The truth is that many women don’t really have a choice. One woman I talked to put it this way:

“People never understand why women below middle and upper-middle classes don’t breastfeed. Medicaid covers a breast pump, but it’s (often) a manual breast pump. And when are you going to pump when you are only allowed one 30-minute break per eight-hour shift? When are you going to eat? Or if you had a job like I did, where your break had to come to an end if the customer load got too much for the other person working? Or the nightmare scenario where you have to work the first five to six hours of the shift completely by yourself so you can’t pump until you’re insanely engorged and your supply plummets?”

Chew on THAT for a minute. And in case you think this woman is alone, here are a fraction of the absolute slew of examples I received by posting a request for stories on a couple of facebook groups dedicated to breastfeeding support (names have been changed):

So what the heck do we do? Clearly, we cannot depend on “the law” to solve all of this. Obamacare already supposedly protects these women, and yet many are struggling to make it work. And when things go really wrong, and discrimination is present, most woman simply do not have the ability to take on the system. I think, as a start, that:

1.** Employers have to be more accountable.** Right now, the burden is on the working mother — the person in one of the most financially, physically, and emotionally vulnerable times of her life — to fight the battle. Remember “Claire” the waitress, above? Listen to this doozy she shared: “I had already, long before I was married and pregnant, brought up the fact that we were not complying with federal law by not having a place to pump, and was told to keep my mouth shut and quit causing problems. If and when we had to provide something we would, but until someone ‘made a big deal about it’ that we were to not bring it up.” Get that: the employer was waiting until some cash-strapped, exhausted, scared new mother made a fuss — to the person who signs her paychecks — before doing anything to make the workplace compliant with breastfeeding regulations. This is not going to be an easy one to solve. But like it or not,  new mothers have to be educated on their rights, and have to get brave about sharing them with their employers. Small business organizations, industry associations and chambers of commerce should really step up and educate employers, too.

2.** The Affordable Care Act (Obamacare) coverage of breast pumps has to improve.** Medicaid and all public and private plans should cover high-quality, double electric pumps, with no exceptions. A single, manual pump is next to worthless to a woman with ten minutes huddled in a dog groomers’ bathroom. This matters so much, and I’ve started a Whitehouse.gov petition to say so. Please sign it and share it; if it gets 100,000 signatures by August 12, the Whitehouse is required to respond to it.

3. Lactation support has to make a major, industry-wide shift  to truly understand the unique pressures on working women, and to adjust the language used, goals set, and skill sets taught to reflect this reality. This means that every lactation consultant — from the hospital onward — should prioritize figuring out the patient’s work situation and constraints, and should be focused on helping that woman formulate a breastfeeding plan and set of goals that matches the reality of that situation. For the waitresses and dog groomers and cashiers of the world, this plan and these goals are most likely going to include “combo feeding” — in other words, the baby getting both breastmilk and formula. Too much lactation support is focused on exclusive breastfeeding. Not enough is focused on reality. If a lactation consultant is working with a waitress who simply will not be able to pump during her shift, but she wants to do some breastfeeding, the conversation should immediately shift to how the woman can maintain breastfeeding at home and safely have the baby formula-fed while she’s at work. No guilt. No “maybe just try harder to find time to pump.” No “then you HAVE to set an alarm in the middle of the night to pump.” Meet that woman where she is, and support her. Period… Do you agree? Share this article in YOUR breastfeeding support group. Engage with lactation consultants on this issue. Share these women’s stories

4.** When they can, women should be encouraged to file a complaint with the Department of Labor.**  I know that doesn’t help when you’re the only breastfeeding cashier in the shop where you work. But by law, you cannot be fired for filing a complaint. And it’s confidential. Start here:  http://www.usbreastfeeding.org/p/cm/ld/fid=245

5. And I’m just gonna say it, even though I currently don’t have any hope of it happening: We need national, paid maternity leave for every working woman in this country.

For many working women in America, breastfeeding is NOT free; in fact, as I learned through the examples above, it can actually _cost _a woman real income. And yet many women valiantly try their best to make it work, squeezing in pumping sessions at random times and in random places with a manual breast pump, for God’s sake, exhausted and trying to make ends meet, all the while being told that “breast is best” and formula is bad for their babies. They deserve better.