Why I Support Working Moms Setting Their Own Breastfeeding Goals 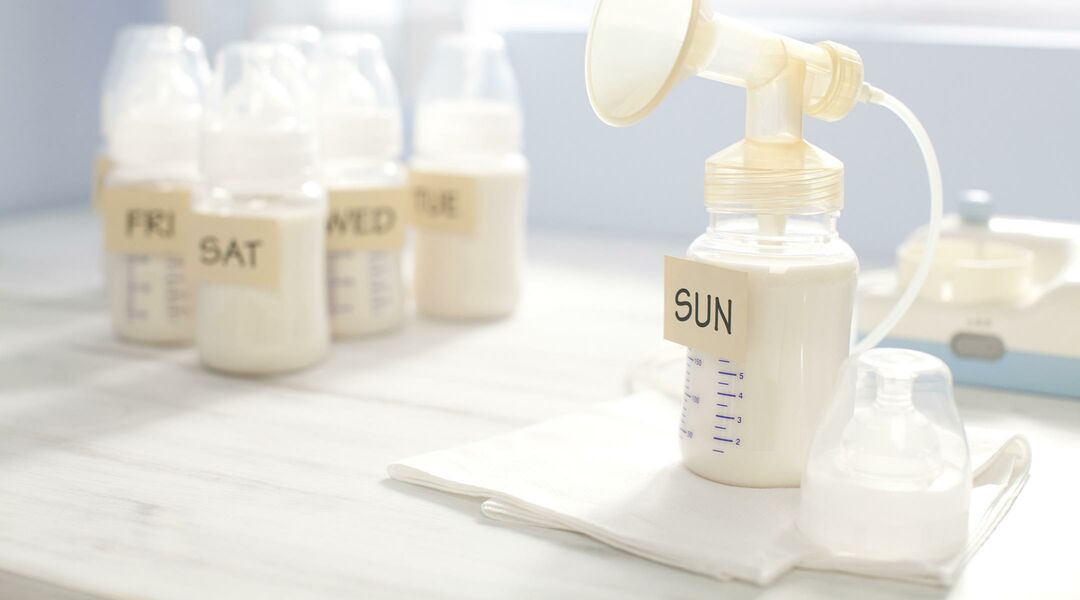 In writing my book — a survival guide for working, breastfeeding women — I talked to hundreds of working mothers who tried, with varying degrees and definitions of success, to pump breast milk while at work. Eighty four percent of these women said that working caused them to not meet their breastfeeding goals.

Why? Because working and breastfeeding is hard. Many jobs just don’t allow for pumping at the frequency and duration that many women’s bodies need to sustain an adequate supply. Some employers make it even harder. And pumping can be exhausting and overwhelming in and of itself, even if it’s “successful” in terms of producing milk.

Here’s some examples of what pumping at work looks like, in all its crazy variety:

One thing I heard a lot from these women is that when they began to struggle to keep up with their babies’ milk intake while they were at work, they were often admonished to “just try harder;" to pump more frequently or for longer each session, when many of them were maxed out and already getting heat from their bosses and co-workers; to co-sleep and nurse all night, which works for some women, but not for all. (My daughter, for example, is the worst co-sleeper on the planet. She simply will not fall asleep in a bed with an adult, and will instead babble and punch and kick literally all night long.) Some were encouraged to set an alarm and wake up in the middle of the night, while the baby is sleeping, to fit in an extra pumping session — despite the fact that they had to perform at work all day the next day, and were walking-dead, burst-into-tears-for-no-apparent-reason, exhausted.

Those tactics above do work for some women, and if you are having issues and think you can handle it (physically, emotionally and professionally), they’re worth a shot. But for a lot of women, they are already doing all they can. Hearing these suggestions over and over can start to feel like condemnations: “you’re not trying hard enough." Long lasting feelings of guilt and shame can kick in.

Of the women I talked with, some were able to pump at work for months or years without much hassle. But I discovered that many women lacked adequate support system. I had a hard time finding women who, when at the end of their ropes, had a breastfeeding support person suggest that, for their own mental and physical health, they close the breastfeeding chapter in their lives.

Changing and improving laws to protect women’s rights to pump at work is an important part of this picture. Organizations like the  US Breastfeeding Committee work to do so. But those improvements can’t solve everything. Working mothers are crazy busy during the day — we have to be more productive because we no longer have unlimited hours to pour into work. Every job is different, and some involve demands that are going to make pumping at work difficult no matter how great the employer is.

A friend of mine summed up her decision to stop pumping at work this way: “I knew it was time when I had pushed myself as far as I could go, and I weighed my options with the big picture of my own emotional and physical health in mind.”

That, my friends, is self-awareness and self-care, and we need to celebrate and even push working moms to practice it, in the same ways that we celebrate and advocate for breastfeeding.