New FDA Guidelines for Fish During Pregnancy Miss the Mark 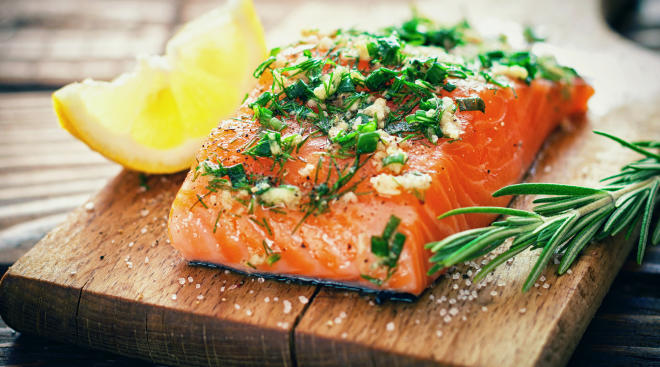 Fish during pregnancy is making headlines yet again after the FDA issued updated advice on Wednesday. The organization’s aim was to offer clarity. But other experts say something’s fishy.

Basically, the FDA and EPA recognized that federal recommendations regarding seafood during pregnancy have long been unclear, causing many expectant women (21 percent) to avoid fish altogether rather than risk mercury contamination. This is a big problem, since the omega-3 fatty acids and protein found in fish have major developmental benefits for baby. The agencies decided to team up to review seafood safety guidelines and repackage them in a more meaningful, easy-to-understand way.

The result is this comprehensive chart, complete with portion size information.

Within the chart, 62 different types of fish are sorted into three categories: “best choices” (eat two to three servings a week), “good choices” (eat one serving a week) and “fish to avoid.” The best news? Fish in the first category make up about 90 percent of fish eaten in the US.

“Upon a cursory glance, it looks like the advice is clear, which as a nutritional professional I was really hoping to see,” Rima Kleiner, MS, RD, with the National Fisheries Institute tells The Bump. “When you start drilling down, though, it’s really complex. While the focus is still on trying to help pregnant women sort out the information, ultimately, the FDA didn’t achieve that goal. The message they’re trying to drive home is that pregnant women need to eat more seafood, and that’s lost in here.”

One glaring problem? Tuna appears in all three categories. Canned light tuna falls on the “best choice” list, albacore and yellowfin appear as “good choices” and bigeye is flagged as a fish to avoid.

“When you have a population, like pregnant women, that’s really averse to negative effects, they tend to rule out a food altogether if they see it associated with negatives,” Kleiner says.

Needlessly ruling out a fish, especially something as easily accessible as canned tuna, is problematic because of how little fish pregnant women are currently eating. Half of all pregnant women are eating less than 2 ounces of fish per week, well under the FDA-recommended 8 to 12 ounces. Additionally problematic is the fact that the FDA seems to have downgraded several fish from “best choice” to “good choice,” further discouraging variety for women.

“This chart contradicts [some of the] 2014 report that the FDA put together,” Kleiner says. One example she references: Halibut. The new chart recommends just one serving per week, while 2014 research found women would have to eat significantly more than that—closer to 15 servings—for mercury level to be of concern.

“The science is just not reflected in this week’s advice,” she says.

Some other changes from the 2014 FDA advice: The list of fish to avoid has increased from four to seven. Now, orange roughy, marlin and bigeye tuna join the ranks of swordfish, shark, king mackerel and tilefish from the Gulf of Mexico since they have the highest levels of mercury.

Kleiner says that among her pregnant clients, the list of foods to avoid is the most important information to surface.

“Truly, the simplest information is always the most helpful,” she says.

In her mind, when it comes to this week’s FDA update, the most important takeaway is twofold.

“Eat more fish. And eat a variety of fish.”