The American Academy of Pediatrics is calling on pediatricians and parents to look for the tell-tale signs in order to protect children’s mental and physical well-being.
save article 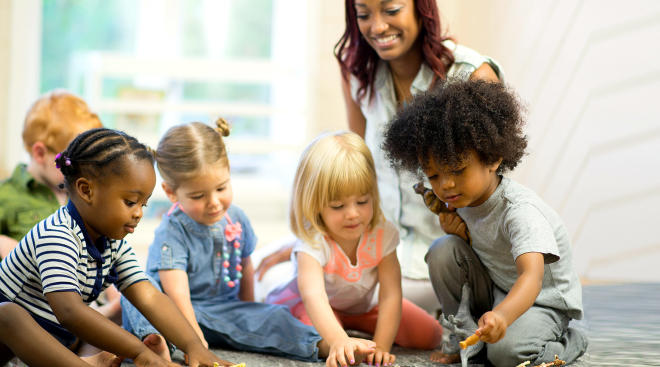 We don’t have room for racism in the world. Racial bias poses several threats to society, not the least of which is its impact on children’s health and well-being. Which is why this month, the American Academy of Pediatrics (AAP) has released a new warning on the serious health risk of racism on children and teens, and even babies still in the womb. In the full policy statement from the AAP, the agency calls on pediatricians to lean in to the issue and become advocates for advancing healthcare policies that promote social justice.

The effects of racism can be felt in a number of different ways. The most obvious instance is directly from peers or other individuals, but it can also seep into schools and places where kids play and learn as a result of limited access to resources and economic opportunity.

Not all too surprising, a growing body of research suggests racism harms children’s physical and mental health. It’s not just the child who is a target of racial bias, but also random bystanders as well. The AAP references studies which have found young adults who were bystanders to racism as a child experienced “profound” physiological and psychological trauma later on.

“As a pediatrician, I know that when children are stressed, it impacts their health and development,” says the statement’s co-author Jacqueline Dougé, MD, MPH, FAAP. "When children experience chronic stress, they are flooded with stress hormones such as cortisol that, after prolonged exposure, leads to inflammatory reactions. This can harm children’s health in the short term, but also creates long-term health problems like heart disease, diabetes and depression.”

And there’s also research to suggest that racism affects the health of unborn babies. Studies show how it may impact specific health measures, including, pre-term birth, low birth weight and mental health. Plus, it’s sadly no secret that mortality rates for expectant black moms and their babies are 3 to 4 times higher than for those of a white woman. The majority of these pregnancy-related deaths could have been prevented, the CDC says.

There have been some previous attempts to upend racial disparities to improve children’s health. For example, the AAP points out the Food Stamp program, developed in the 1930s and revived in the 1960s, led to higher birth weights in babies whose mothers were at risk of nutritional deficiencies. When provided with food stamps three months prior to giving birth, the pregnant women gave birth to babies who had better odds of surviving. But it’s not enough.

“As a nation, we have made great strides in tackling other major challenges, and this one should be no different. This is an area where we can–and must– make a difference,” says lead author of the policy statement Maria Trent, MD, MPH, FAAP, FSAHM.