We're placing way too much blame on ourselves.
ByAnisa Arsenault
Associate Editor
PublishedApr 2018 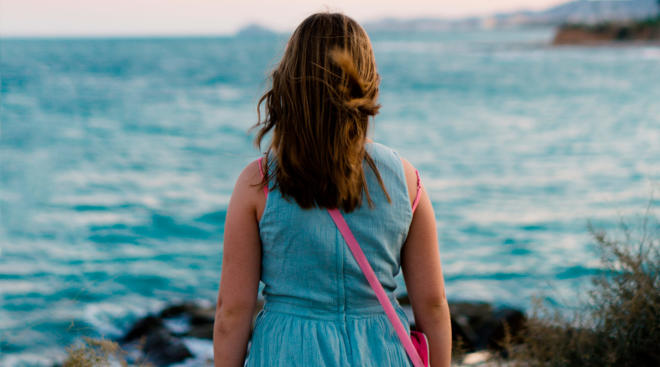 In spite of how common—and sadly normal—they are, miscarriages are still treated as isolating, stigmatized experiences. “Miscarriage” is the medical term used when a pregnancy spontaneously ends before the 20th week. Note the word “spontaneously.” While chromosomal abnormalities mean miscarriages are usually totally outside of your control, a new survey shows nearly 70 percent of women think stress caused their miscarriage, while 27 percent think they “may have done something to cause it.”

The survey, conducted by Ava, the creators of a fertility and ovulation tracking bracelet, asked 2,552 US adult women to share their experiences and beliefs regarding miscarriage.

Here’s what women think they may have done to cause a miscarriage:

Gotten too stressed: 68%
Had a previous abortion: 30%
Exercised too intensely: 28%
Lifted something too heavy: 25%

None of these are true.

“Despite the fact that it’s been proven consistently for decades now that miscarriages are not caused by day-to-day stress, intense exercise, lifting heavy objects or even a history of abortion, these are all common myths women still believe about how they may have somehow contributed to the loss of a pregnancy,” said Ava Chief Medical Officer Maureen Cronin in a press release. “The result of these persistent fallacies is a lot of unnecessary guilt and suffering for women today.”

The main reason women are shouldering the blame? They’re unaware of how common miscarriages are.

For a healthy woman, the American Pregnancy Association puts the risk of miscarriage between 10 and 25 percent. Once you hit 35, it increases to between 20 and 35 percent. The Ava survey, however, shows less than half of women are aware of these rates.

The fact that women have to pay out-of-pocket expenses to cover miscarriage-related costs isn’t helping to alleviate a sense of responsibility. The survey found a quarter of women are paying over $500 worth of medical bills. Perhaps not so coincidentally, 32 percent said they were “not satisfied with the care they received from their doctor when they miscarried.”

While it’s usually considered safe to start trying to conceive again after your next cycle, women reported being told to wait several months. That only holds true if you’ve had a D&C, which takes time to heal.

The best way to keep facts straight? Open conversation about the realities of miscarriage. In fact, Ava commissioned the survey after seeing users discuss conflicting information from doctors and sharing a sense of self-blame.